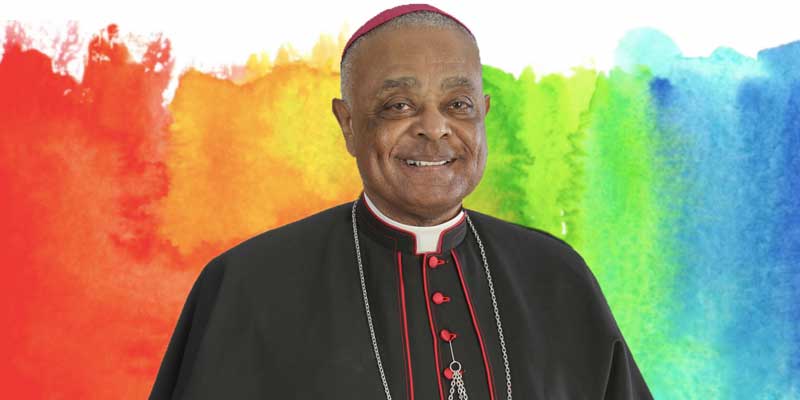 The leaders of two D.C.-area LGBT supportive Catholic groups say they are optimistic that Archbishop Wilton D. Gregory, the newly appointed head of the Archdiocese of Washington, will continue his policies of welcoming LGBT Catholics into the fold of the church that he established during his tenure as the Archbishop of Atlanta for the past 14 years.

Gregory, 71, will be installed on May 21 as the seventh Archbishop of Washington. Pope Francis announced on April 4 that he has appointed Gregory to the position as the successor to Cardinal Donald Wuerl, who has headed the Archdiocese of Washington since 2006.

Knowledgeable observers of the Vatican’s practice of appointing leaders of the Archdiocese of Washington say Archbishops of Washington traditionally have been elevated to the position of cardinal if they haven’t already become a cardinal.

Gregory is thus on the path to become the first African-American cardinal, church observers have said.

“It’s incredibility historic, first of all, because he’s the first black Archbishop of Washington and is expected to become the first black cardinal in the U.S.,” said Vin Testa, president of the LGBT Catholic group Dignity Washington.

Testa and Francis DeBernardo, executive director of the Mt. Renier, Md., based LGBT supportive Catholic group New Ways Ministry, also point out that Gregory strengthened his reputation in Atlanta as a supporter of LGBT Catholics last fall. The two noted that Gregory forcefully defended two priests who came under attack by conservative Catholic activists for allegedly violating church teachings in their support for the LGBT community.

According to the Atlanta Journal-Constitution, Gregory expressed support for a proposal by Monsignor Henry Gracz, pastor of the LGBT-supportive Shrine of the Immaculate Conception Church in Atlanta, to invite Jesuit priest and noted author, Father James Martin, to speak at his church about one of Martin’s books.

The book, “Building a Bridge: How the Catholic Church and the LGBT Community Can Enter into a Relationship of Respect, Compassion, and Sensitivity,” has been hailed by LGBT Catholic activists but condemned by conservative Catholic leaders who consider it a breach of church teachings on homosexuality.

A coalition of conservative Catholic activists, the Journal-Constitution reports, organized a petition drive last fall calling on Gregory to remove Monsignor Gracz from his position as a spiritual adviser for survivors of clergy sexual abuse, a position he has held since 2011. The activists cited as their main objection to Gracz his ministry to the LGBT community.

In a public statement, Gregory said he had no plans to remove Gracz from that position, calling him one of the “most compassionate and understanding priests who does not hesitate to respond to anyone in need of help.”

Read the rest at the Washington Blade