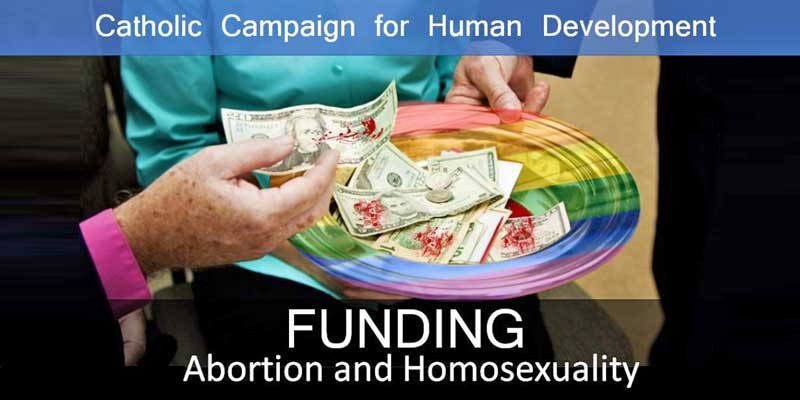 The Catholic Campaign for Human Development (CCHD), an agency of the United States Conference of Catholic Bishops (USCCB), annually provides anywhere from $9 million to $15 million to political agitation groups every year.  For fiscal year 2017-2018, the CCHD issued a total of $10,418,500 in grant money to such organizations.  The problem is that every year, despite constant denials and promises, the CCHD funds organizations that are directly promoting abortion, homosexuality, Marxism, or heresy, or they are members of coalitions that do these things, or their leadership is involved in them.  And this last grant cycle is no different.

Since 2015, the CCHD has provided a total of $130,000 to an organization that helped found and continues to lead a coalition that promotes  homosexuality and abortion, including events held by Planned Parenthood. Furthermore, leadership in this organization actively promotes homosexuality and abortion.  Furthermore, its leadership actively promotes the same.

It is important to note that this money was provided by every diocese in the United States that participates in the CCHD collection.  Whenever a diocese takes up the CCHD collection (typically the third Sunday of November), 25% of that funding remains with the diocese while the other 75% goes to the National CCHD and is redistributed to groups like this one.