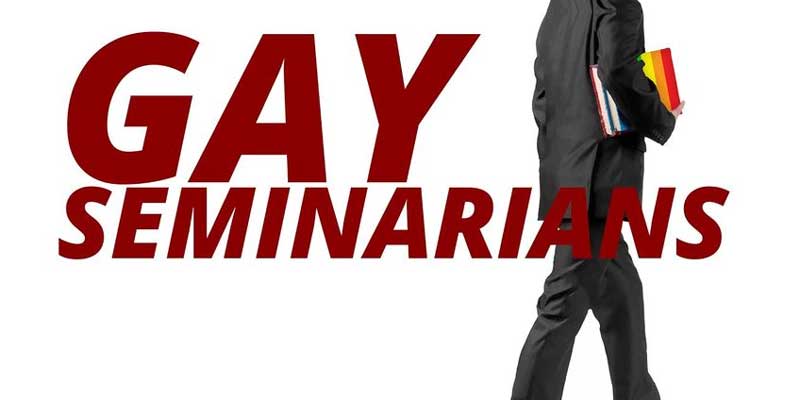 Until such time that Seminaries decide to get serious about screening criteria, these stories will continue to be common-place.

Ydier and Axel are two seminarians whom I meet at the Mario Mieli cultural centre, in Rome. (Their names have been changed.)
“There are about 20 of us in my seminary. Seven are clearly gay. About six others have, we might say, tendencies. That agrees more or less with the usual percentage: between 60 and 70 per cent of seminarians are gay. Sometimes I think it’s as many as 75 per cent,” Axel tells me.

The young man would like to join the Rota, one of the three tribunals in the Holy See, and the initial reason for him attending the seminary.

Ydier wants to become a teacher. He wears a white cross on his shirt, and has dazzling blond hair. I mention this. “Fake blond! It’s fake! I have brown hair,” he tells me.

The seminarian goes on: ‘The atmosphere at my seminary is also very homosexual. But there are important nuances. There are students who really live out their homosexuality; others who don’t, or not yet.

“There are homosexuals who are really chaste; there are also heterosexuals who are practising for want of women, out of substitution, one might say. And there are others who only live it out secretly. It’s a very unique atmosphere.”

Read the rest at the Irish Times