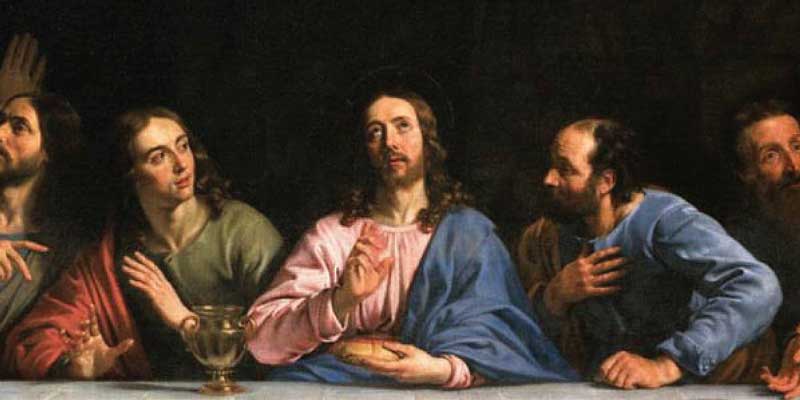 The Catholic Church is one of the last major holdouts among Christians to insist that their clergy be exclusively men. This has been a source of much questioning and, at times, great controversy even among practicing Catholics. The argument usually focuses on Jesus having picked only men to be his Apostles, in spite of the fact that he clearly felt free to defy contemporary customs in a whole range of other areas of his ministry.

However, at a conference several years ago, something I heard on the subject of male priests really struck a chord with me. And, it convinced me that not only is this issue settled doctrine (per Pope St. John Paul II), but the deep, theological and physiological meaning behind this teaching is badly needed in our culture today.

What many might find odd, at first, is how closely this issue ties in with marriage. (Stay with me on this.) Catholics take John 6 literally:

I am the living bread which has come down from heaven. Anyone who eats this bread will live forever; and the bread that I shall give is my flesh, for the life of the world.’ Then the Jews started arguing among themselves, ‘How can this man give us his flesh to eat?

(And the murmuring continues today among Christians and non-Christians, alike.)

After hearing it, many of his followers said, ‘This is intolerable language. How could anyone accept it? Jesus was aware that his followers were complaining about it and said, ‘Does this disturb you?

We know this was intended to be literal, because even when most were recoiling at this statement, Jesus didn’t back off. He doubled down, reiterating the point four times.

So, Jesus is the giver of life. We receive life from him. He is the “bridegroom” and we are the “bride of Christ – the Church” (in a collective sense). When we receive Jesus – in the flesh – in the Eucharist at Mass, “the two become one flesh” in a literal sense. What a beautiful thing!