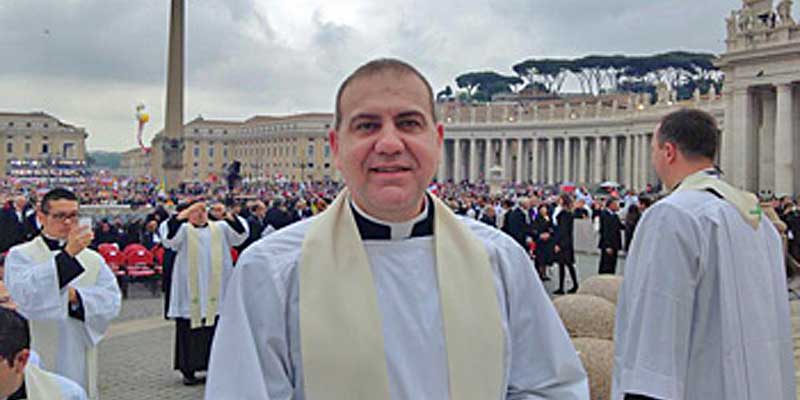 A Roman Catholic Diocese of Oakland priest accused of sexual misconduct with a minor has fled the country, according to church officials.

Father Alex Castillo was placed on administrative leave Jan. 31 by the diocese, which said it had received an allegation of inappropriate behavior from a male victim, diocese officials confirmed Monday.

Church officials were in touch with Castillo until Feb. 21, when several people attempted to contact him unsuccessfully, said Helen Osman, a diocese spokeswoman. She said the diocese had to check every jail and hospital in the area before they could report him missing Feb. 23.

Less than a week later, he was apparently located by police. Oakland police on Friday informed church officials that Castillo had been “found” but would not confirm where, Osman said.

“They would not provide us with information on his whereabouts, except that he has left the country,” she said. “They also informed us they have completed their criminal investigation.”

Church and law enforcement officials have not released other details about the alleged sexual misconduct. Castillo remains on leave and may not present himself as a priest or work as a priest in a public ministry, church officials said.

“It should be noted during this investigation so far, it has not been determined any crimes have been committed in the City of Oakland,” said Johnna Watson, an Oakland police spokeswoman.

The case is now being handled by the Alameda County district attorney’s office, which did not immediately respond to a request for comment.

Read the rest at the SFGate