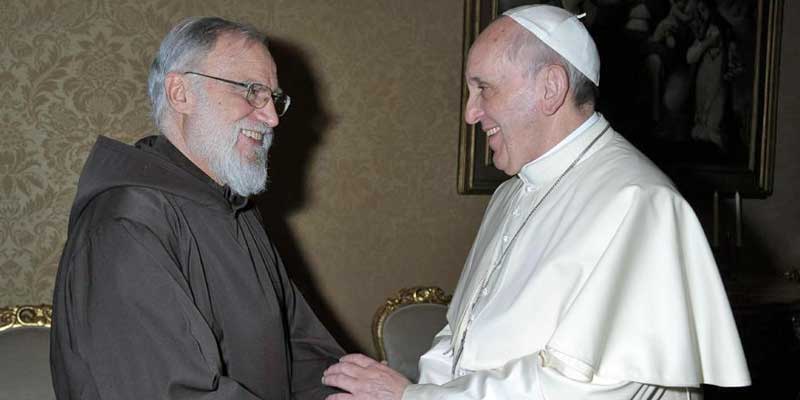 The preacher of the papal household sent by Pope Francis to lead the pope-ordered spiritual retreat for the U.S. bishops from January 2-8 in Mundelein, Chicago, hardly touched sexual abuse or homosexuality but spent much time speaking about the evils of riches. Capuchin Father Raniero Cantalamessa, claimed in his talks that he was not “competent” to address the problem of homosexuality in the priesthood, nor to speak much about the problem of clerical sexual abuse in general. So why did he lead this retreat in the first place? The analysis of his talks might also provide some clues about the upcoming February Summit on Abuse in Rome.

On January 11, the National Catholic Reporter published the whole 84-page long collection of the 11 talks given by Father Cantalamessa during the retreat. Some of the key statements made in this set of talks make it clear that the upcoming February 21-24, 2019 summit of presidents of episcopal conferences convoked by Pope Francis in Rome will not likely address the issues at hand: homosexual abuse of male adolescents, moral laxity, and the lack of punishment of abuser priests (or, rather, the cover-up of their crimes by their superiors).

Not to address the clerical sex abuse crisis

Father Cantalamessa makes it clear from the beginning of his talks that the spiritual retreat for U.S. bishops is, according to Pope Francis, meant to be an “encounter with the Lord” in order to receive the guidance of the “Holy Spirit” on how to address the current sex abuse crisis. Therefore, the priest explains, “I am not going to talk about pedophilia or give advice about possible solutions.”

Of course, such a retreat should not be meant to work on concrete prevention measures – that would have been the prior duty of the U.S. Conference of Catholic Bishops (USCCB) during their Baltimore meeting in November. Pope Francis told the USCCB to delay voting on a plan to address the sex abuse crisis during that meeting.

However, since many bishops have obviously been negligent in strictly punishing their priests who would dare to molest the children and youth entrusted to their care and abuse them for the sake of their own personal and disordered lusts, it certainly would have been the place and time to address and discuss in depth the problem of “pedophilia.”

We have with Father Cantalamessa a priest sent by Pope Francis to the U.S. bishops who states from the outset that he will not address the sexual abuse problem itself (nor the matter of the link to homosexuality), but, rather, conduct a general spiritual retreat. While sections of his talks were spiritually fruitful and of depth, his omissions were troubling.