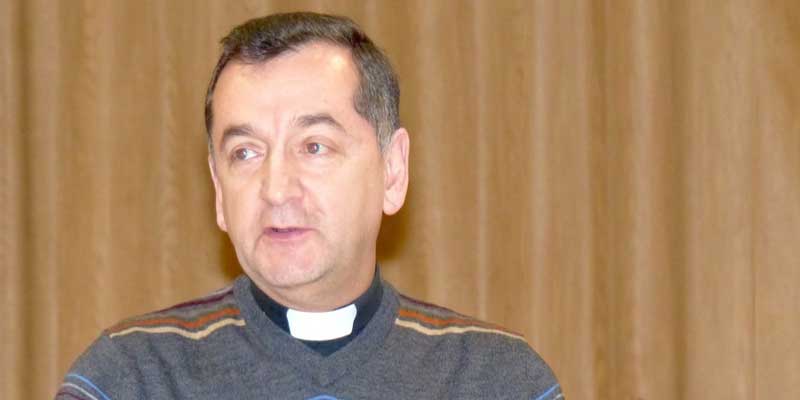 n September of this year, Kenneth Lasch, a retired monsignor from the New Jersey diocese of Paterson, went public with his story of ignored whistle-blowing against a priest still serving in Paterson. Both the Boston Globe and CNN told Lasch’s story without naming the priest to whom Lasch was referring. They reported Lasch’s charges and his complaint that no one in the Church, including Cardinal O’Malley, who heads up the Pontifical Commission for the Protection of Minors, had taken his charges seriously.

Lasch said that the unnamed priest had liquored up an 18-year-old male who came to him for vocational guidance, then “abused” him. At the time he started “grooming” the teen, the priest was a deacon. The Boston Globe reported:

The accused priest has worked on recruiting young men to the clergy, said Lasch, who declined to identify the priest or his alleged victim. The monsignor, a church whistle-blower and outspoken advocate for survivors of clergy abuse, said his previous outreach to local prosecutors, the bishop of Paterson, and the Vatican resulted in little or no movement in the case.

“This young man, an 18-year-old high schooler, was given to a deacon at the time to talk about the possibility of his becoming a priest, but the boy was struggling with the obligation to celibacy,” said Lasch, a canon lawyer.

The alleged victim told him in 2005 of his sexual encounter with the priest, two decades after the alleged misconduct, the monsignor said.

“He invited me to baptize his boy, and in the course of that conversation, I said, ‘Did this deacon priest ever approach you inappropriately?’ He said, ‘Oh my God, yes,’” Lasch recalled.

“The deacon groomed him into a friendship, a relationship. During the Christmas holidays, a few months after being ordained a priest, he invited him to dinner. Both of them got drunk, and he engaged him in sex.”

But who is the priest? Where did he end up? And where is he now? I was told by Paterson sources that the priest on whom Lasch blew the whistle is none other than Paterson’s former vocations director, Hernan Arias. I called up Lasch and he confirmed that Arias is the unnamed priest. Lasch said that his complaints finally forced the Vatican to look into the matter, but he didn’t know the status of that investigation.

According to multiple Paterson sources, Arias’s misconduct continued during his tenure as vocations director and in later prominent postings. He in effect used these perches as a gay dating service, all while enjoying the patronage of Paterson’s bishop, Arthur Serratelli.

I have been told that Arias and Serratelli are so close that diocesan insiders call Arias “Mrs. Serratelli or the First Lady.” One source said that “Serratelli, Arias, and Edgar Rivera (the current vocations director) go on vacation every year together to the Dominican Republic.”