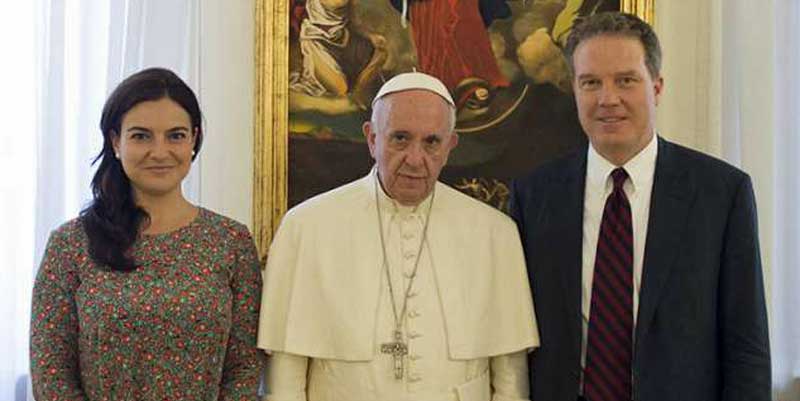 Pope Francis Monday accepted the resignations of Press Office Director Greg Burke and Vice Director Paloma Garcia Ovejero, who have served at the head of the Holy See’s press office as the pope’s spokespersons since August 2016.

Alessandro Gisotti, currently coordinator of social media for the Dicastery for Communication and past deputy editor-in-chief of Vatican Radio (now called Vatican News), was named director of the press office on an interim basis.

In a series of Tweets Dec. 31, Burke said that he and Ovejero have resigned, “effective Jan. 1. At this time of transition in Vatican communications, we think it’s best the Holy Father is completely free to assemble a new team.”