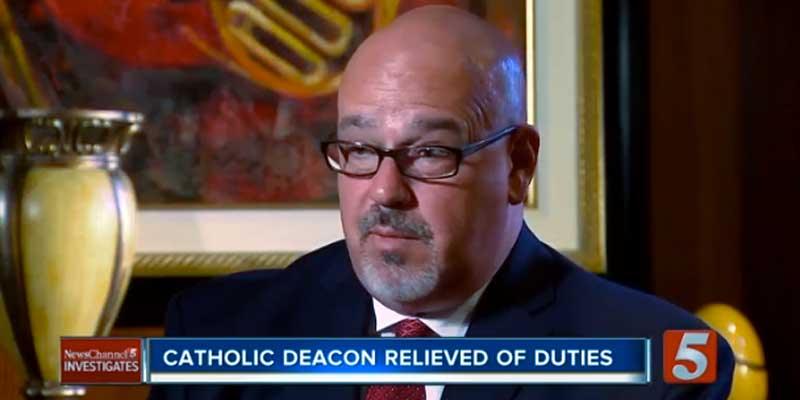 A Nashville deacon who has questioned the handling of a recently published list of Tennessee priests accused of sexual abuse has been removed from ministry at his local parish.

Deacon Ron Deal confirmed Friday he has been instructed not to minister at the Brentwood parish until his “public disagreement” with the Roman Catholic Diocese of Nashville diocese is resolved. The Nov. 30 letter was sent from Deal’s church pastor, Rev. Joe McMahon.

TAKE ACTION: Call Bishop J. Mark Spalding at 615.383.6393 and let him know what you think about his decision

Diocese spokesman Rick Musacchio says Deal has not been suspended, but says that a resolution could be reached if Deal stops publicly criticizing the church.

Deal is one of the many victim advocates who have called for an independent investigation after the diocese earlier this year published the names of 13 priests accused of sexually abusing minors.