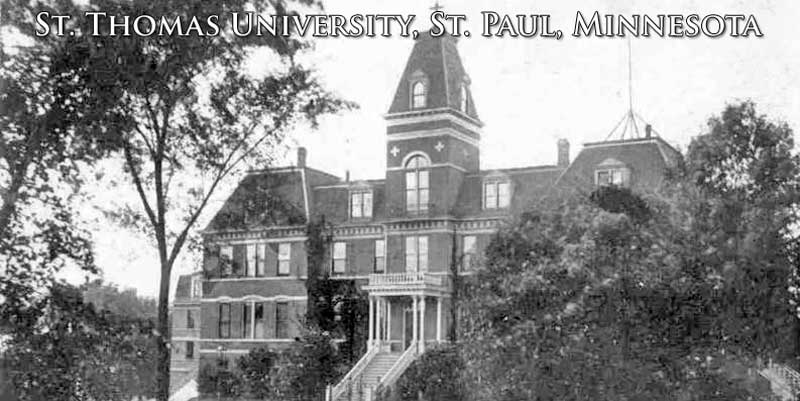 This 1930 article from the Register carried a warning from Father William Bolger to a gathering of the National Council of Catholic Women in Minnesota. “Father Bolger’s address was one of outstanding frankness, and the priest left his audience gasping” at his predictions. Four decades before Humanae Vitae, he hinted at the sexual revolution that would follow society’s embrace of contraception, and warned especially that “neither homosexuality nor any perversion” would be considered off-limits in such a culture.

Evils of Birth Control Assailed by Speaker at N.C.C.W. Convention

The Rev. Wm. A. Bolger, C.S.C., vice president of the College of St. Thomas, St. Paul, Minn., in addressing the meeting of the N.C.C.W. at the Municipal auditorium Tuesday night, charged that “because the acceptance of the birth control principle destroys the spiritual foundation of family life by reducing the wife to the moral place of mistress, because it encourages extra-marital intercourse by freeing it from moral taint, and reducing the risk of conception, because it encourages every kind of unnatural vice by declaring it respectable, it is sober truth to say that birth control is one of the greatest moral menaces to the spiritual life of the race. It is the complete and unconditional surrender of the spirit to the flesh.”

Father Bolger’s address was one of outstanding frankness, and the priest left his audience gasping as he gave out facts and specific instances of how birth control propaganda and contraceptive devices are eating into the very fibre of the morality of the world today, prevalent even among the youth.

He declared that society has the power to choose the birth control principle, the pursuance and segregation of the sex function as an end, but if it does choose to base sex conduct and family life on this principle, it has not the power to keep the principle from developing towards its logical results. If society chooses the principle it must also accept the logical consequences of its choice.

Father Bolger then outlined what he called the three violently anti-social and necessary implications of the birth control principle:

First, that it reduces the wife to the moral status of mistress; second, that it takes away the specific immorality of, and to that extent encourages sexual relations outside of marriage. If the perversion called birth control be decent in marriage, it may be imprudent but is not unchaste outside of marriage, the priest declared.

How would Fr. Bolger feel about the direction taken at this so-called ‘Catholic’ university since his departure?