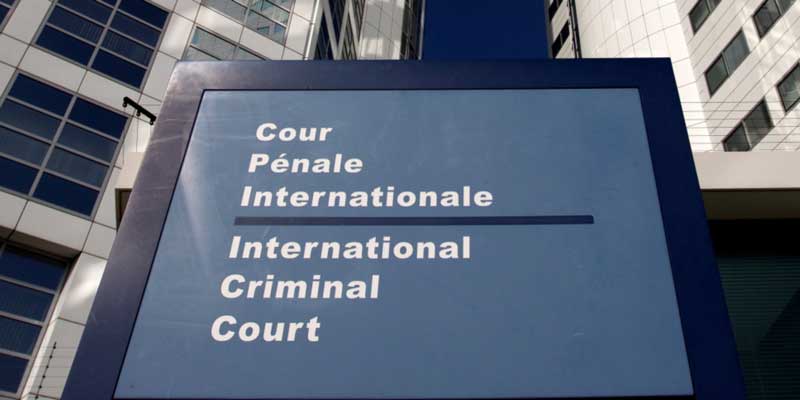 There are two questions weighing heavily on abuse survivor Peter Gogarty’s mind — how people who claim to believe in and preach the Gospel could prey on and sexually abuse children, and how those who concealed the abhorrent crimes have never be held to account.

The questions have consumed him and he is now taking the issue to the International Criminal Court (ICC), asking its prosecutor to investigate senior Catholic Church officials for what he calls crimes against humanity.

“This is about the cover-up of abuse,” Mr Gogarty said.

“Specifically, this is about the fact that people in very senior roles in the Catholic Church knew what was going on with the child sexual abuse scandal and instead of protecting children in their care, they protected pedophile priests and brothers and other lay people.

“And really, the whole point of that was to protect their reputation and their assets.”

For the last two years he has pored over endless legal texts and documents, has learnt the individual provisions of the International Criminal Court and reviewed countless records from the Vatican and Catholic Church.

At times, he said, going over other people’s misery had forced him to deal with the re-awakening of his own trauma.

“Sometimes it’s gotten me down a little bit. But not enough that it’s put me off persevering with this,” he said.

His submission, which lists more than 200 senior members of the church, alleges the organisation’s hierarchy “acted with impunity in every national jurisdiction in the world”.

“In every country where this abuse has been studied, the pattern of cover-up, protection of the church and disregard for children has been identified,” the submission reads.

The document alleges that “successive popes have given exclusive management of the child sexual abuse issue within its ranks to the Congregation of the Doctrine of the Faith (CDF) … which has issued clear and unambiguous directives to all bishops and heads of Catholic religious congregations world-wide regarding the process for dealing with allegations of child sexual abuse”.

The Catholic Church was a focal point of the Royal Commission into Institutional Responses to Child Sexual Abuse.

The inquiry found “catastrophic failures of leadership of Catholic Church authorities over many decades” with allegations of child sexual abuse going unreported to police or other civil authorities and perpetrators allowed to stay in the ministry, either in the same location or moved without the knowledge of parishioners.

But since the royal commission, no individual has been held accountable for concealing abuse.

“After all of the findings of the royal commission, we still have the Catholic Church investigating its own behaviour and effectively telling us we learnt our own lesson, it’ll all be OK from now on,” Mr Gogarty said.

“Well I’m not satisfied with that. What I want is for the Catholic Church, as an organisation, to be held accountable for what it deliberately did to children — and all this from an organisation that claims to represent Jesus on Earth.”