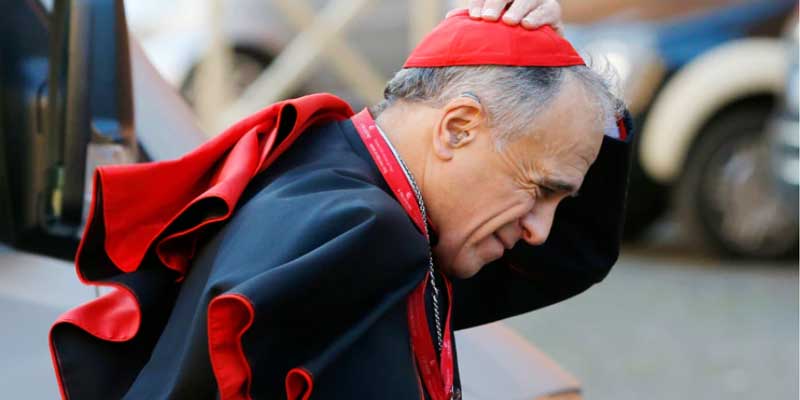 Lingering Questions: What Did They Find and are the Feds Involved?

On November 28, District Attorney Brett Ligon of Montgomery County, Texas, led the raid on the chancery of Cardinal Daniel DiNardo of Houston-Galveston, the president of the US bishops’ conference, alongside Texas Rangers, the Conroe Police Department and an unnamed federal agency. The search warrant in Houston was issued to obtain evidence against Fr Manuel La Rosa-Lopez, who allegedly abused minors in Conroe, Texas. (He denies the allegations.)

The “main focus” of the raid was to gather information on Fr La Rosa-Lopez, but Tyler Dunman, a spokesman for the Montgomery County DA, told the Catholic Herald that if evidence of more crimes were uncovered in the raid, it could be used for more prosecutions.

“With any search warrant, if you uncover additional criminal evidence or evidence of wrongdoing then you can arrest it at that time,” he said.

When asked whether, if such evidence were found, they would pursue it, he said: “Sure, yes.”

Dunman confirmed that “we do have federal authorities who are working with us”, but declined to say what agency they came from.

In Monday’s Houston Chronicle, Cardinal DiNardo wrote: “This archdiocese takes every allegation of wrongdoing brought to our attention seriously, and is fully cooperating – and will cooperate – with any and all investigations related to the clergy abuse of minors.”

Yet Dunman struck a critical note. He said that “we have received certain items” when asked specifically, but added that investigators had not been given any kind of blanket access to diocesan records.

“Frankly, we knew that there were a ton more that we had not received,” he said. “Cooperation for us means that when you have a priest who’s arrested for child molestation, you would turn over everything voluntarily as soon as possible to the authorities. That would be cooperation in our mind, and that hasn’t happened.”

One lingering question is which federal agency was present at the Houston raid, and whether there is any investigation on the federal level. Fifty agents is an awful lot of manpower for a single investigation. Ligon said at a press conference that the Rangers were present in order to handle any evidence that might pertain to crimes elsewhere in Texas.

In addition to raids in Michigan in October and New Mexico last month, which were conducted by state attorneys general, there was also one in Jackson, Mississippi, in early November by the Department of Homeland Security.