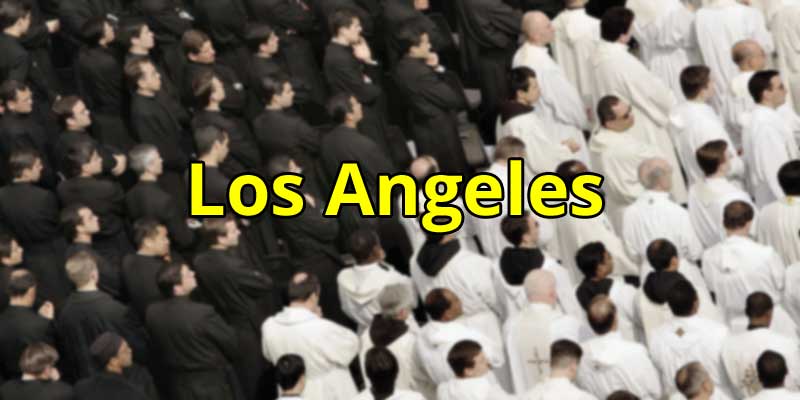 For the first time in a decade, the Archdiocese of Los Angeles on Thursday updated its list of clergy accused of molesting children, addressing renewed outcry about how the Catholic Church responds to abuse allegations.

“We owe it to the victim-survivors to be fully transparent in listing the names of those who perpetrate this abuse,” Archbishop Jose H. Gomez said in a statement in releasing the list of 54 names.

For nearly two decades, the archdiocese has been roiled by allegations that onetime church leaders mishandled priest abuse cases, sometimes moving clergy suspected of wrongdoing to other parishes rather than punishing them and informing law enforcement. The L.A. Archdiocese paid a record $740 million in various settlements to victims and had vowed to better protect its church members. Gomez succeeded longtime Cardinal Roger Mahony, who faced strong criticism for his handling of the scandal.

Advocates for abuse victims said the action was largely symbolic and that there was much more the church could be doing to better protect children and help victims. They also noted that the California Catholic Conference spent more than $86,000 to fight a bill — vetoed by Gov. Jerry Brown in October — that would have given survivors of childhood sexual assault more time to sue those who failed to stop their abuse.

The decision to disclose names of accused clergy has been made by bishops across the United States after the release in August of a Pennsylvania report, which revealed a decades-long cover-up of child sex abuse involving more than 1,000 victims and hundreds of priests. Dioceses in San Diego, San Jose, Orange County and San Bernardino have also released names of accused clergy this year.

Of the 54 names, previously undisclosed by L.A. church leaders, the vast majority were clergy members accused of wrongdoing before 2008, the last time the archdiocese updated the list. Twenty-seven are dead.