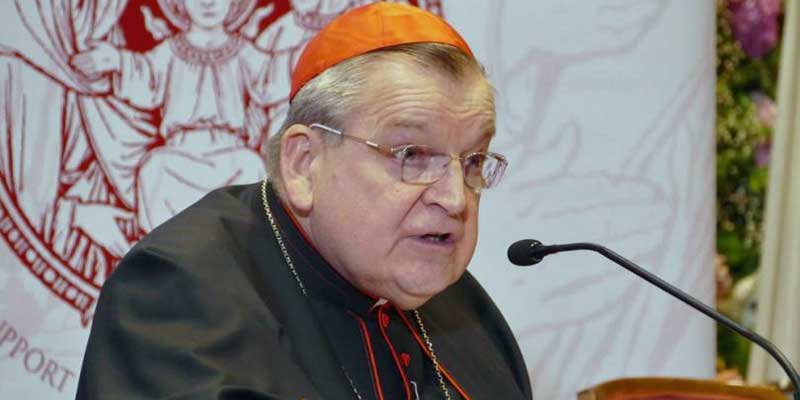 Cardinal Raymond Burke did not mince words in a recent address to young people gathered in Rome as he described as “diabolical” the current “situation” of the Church seemingly trying to “accommodate” herself to the world and its “culture of death.”

The world and the culture are spiraling in decline with attacks on life, the integrity of the family, and on the freedom of conscience, and so it needs the Church to speak the truth “strongly and clearly” like never before, he said.

“And yet, she gives the impression of trying to approach this culture, which is truly a culture of death, and somehow accommodate herself to the culture,” he continued.

“This in my judgment is really a diabolical situation,” he added.

Burke described at the Voice of the Family’s October 20 youth conference how the Church now offers a false kind of “mercifulness”, what he called a “kind of expression of the Church’s love and concern for mankind, as if we could love our fellow man apart from speaking the truth and acting according to the truth.”

Pope St. John Paul II witnessed this and addressed it throughout his pontificate, “calling for a new evangelization,” which he said meant not only “going out to the world to bring the Gospel” but that the Church also needs, “to be evangelized internally again because the evils of secularism and relativism had entered into the Church herself.”

The new evangelization is not “some new program; it’s not some approach invented by us,” said Burke.  It is Jesus Christ himself, “who comes to us unfailingly.”

“We need to draw close to Him to His truth, to get to his love in the sacraments and to live the life of the Church with the greatest possible integrity,” he added.