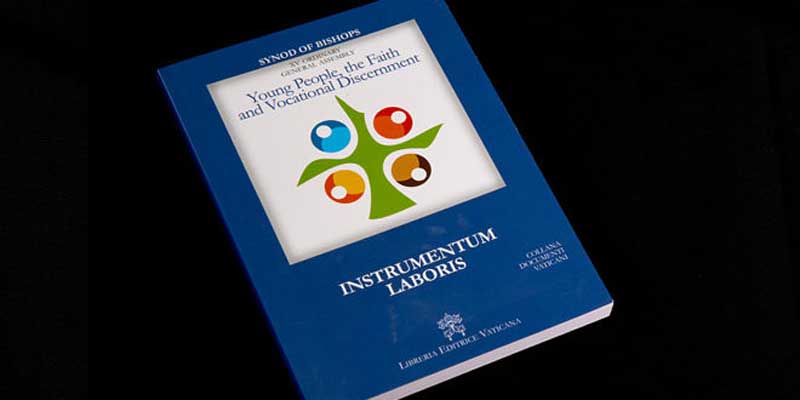 “Cometh the hour, cometh the man.” The saying means that a time of crisis invariably brings forth the man to meet the challenge.

Well, the hour is here, but where’s the man? That’s what many Catholics must be wondering. The Church is in the midst of what may be the worst crisis of its existence, yet, the man of the hour is nowhere in sight. The pope and the men around him—the ones we would ordinarily expect to lead us out of the crisis—are the ones who have led us into it. By all appearances they are not up to the challenge. They are over their heads in the mess they have helped to create.

Perhaps the distinguishing characteristic of the men who now lead the Church is a lack of seriousness. Because they are not serious men, many if not most of them do not even comprehend the seriousness of the current situation. Although they make statements expressing regret over past mistakes, they blithely continue in the course that has led to the “mistakes.”

One small indication of this unwillingness to make the necessary course correction was the recent rainbow cross incident. At the time that the Youth Synod was still in progress, photos appeared of the Pope wearing a rainbow colored cross around his neck. Other bishops in the photos are wearing “pride” crosses as well. The official explanation was that the rainbow cross was developed by the Conference of Latin American Bishops to represent the diverse regions within its ministry. Others however, interpreted the incident as a sly endorsement of the LGBT agenda. If this were a stand-alone incident, we could accept the official explanation and leave it at that. But in the context of Francis’s numerous other ambiguous gestures and statements, and given the many fears that the Youth Synod was being used to further the LGBT agenda in the Church, the photo-op with the rainbow crosses showed extremely poor judgment.

The bloggers at Creative Minority Report put the matter succinctly:

Whether the gesture was meant as a joke at the expense of “fundamentalist” Catholics, or whether it was simply an innocent error of judgment, it does betray a lack of seriousness. Many Catholics feel that it was precisely this kind of uncritical openness to diversity that led to the current crisis in the first place. The rainbow cross affair showed little appreciation for their concerns.

This is not to say that Pope Francis and his inner circle don’t have a serious side. They are very serious about acquiring and maintaining power. And they are dead serious about pushing ahead with their radical program. Although Pope Francis presents himself as a humble man who is patiently waiting for the Spirit to send him directions, others suggest that he has an ambitious predetermined agenda.

As Archbishop Victor Manuel Fernandez, the pope’s friend and ghostwriter, and author of Heal Me With Your Mouth: The Art of Kissing, remarked in 2015, “he knows very well what he is doing”:

The slow pace is necessary to insure the effectiveness of the changes… You have to realize that he is aiming at reform that is irreversible. If one day he should sense that he is running out of time and doesn’t have enough time to do what the spirit is asking him, you can be sure he will speed up.