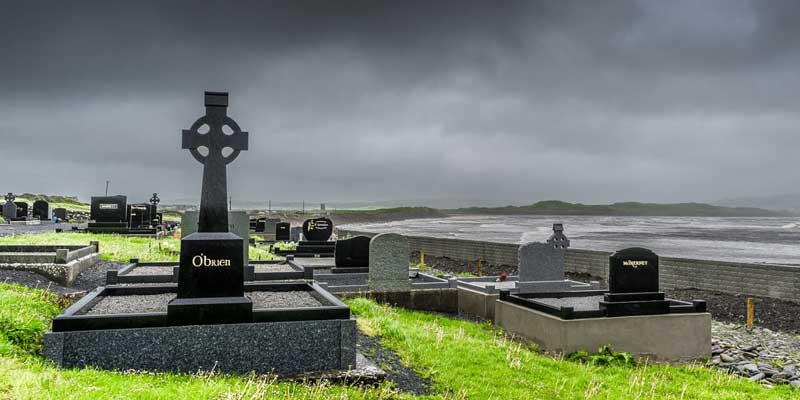 Amid the low rolling plains, where the coastal mountains dot the northwest corner of Ireland, lies the beautiful county of Donegal. There, in the rural village of Gortahork, where Gaelic primarily is spoken among the 1,600 residents, lies the Catholic Parish of Criost Ri (Christ the King). Known for its natural diverse, rugged beauty, Gortahork is infamous – not as the home of Gerry Adams, the leader of the Sinn Féin political party, but for the wreckage of many young lives. Tragically, this beautiful, quaint hamlet harbors a dark and menacing secret.

Clerical sex abuse hangs like a fog over this village. Across the road from Christ the King Church lies its Catholic cemetery. The Celtic cross gravestones jut above ground like the Errigal Mountain off in the distance. Herein, buried in the graveyard, among Donegal’s aged dead, lie the graves of eight young men who committed suicide. All eight were victims of sexual abuse by Catholic priests. Their deaths symbolize the unrelenting pain and trauma gripping victims of clerical sex abuse around the world – eight young Donegal men tortured with the vile memories of their spiritual and sexual assault by trusted priests.

Clerical sex abuse is soul murder. The body and soul are violated by the predator priest. Nothing remains but a brittle and broken shell of a person.

Child advocates and law enforcement who have investigated know that clerical sex abuse is unique from all other abuse. Clerical sex abuse leaves its victims with physical, emotional, and spiritual devastation. So devastated are clerical victims that they more often turn to suicide for relief from the shame and memories of their assault.

The answer may lie in the hideous nature of child sexual abuse by a man of God. The grooming words of notorious sexual predator Cardinal McCarrick are instructive. They portray the depth of depravity and spiritual torture employed by clerical abusers.

James, the 11-year-old McCarrick victim, recalls the spiritual power trip utilized by the offending priest: “He would always tell me that I was his special boy, that God gave me to him, so we could worship together and be happy together. He told me he had the power to get God to forgive me all my sins. That my father didn’t have that power. That’s the aura.”

The predator priest often uses God to groom the victim. How perfect, to subdue and intimidate a child! When the powerful predator invokes God as a consenting participant in the abuse, the child victim is left defenseless, devoid of spiritual help. The abuser supplants God as a willing cooperator in order to diabolically silence the victim into submission. As James recounts, McCarrick told him hundreds and hundreds of times, “God will only listen to you when you are with me.”

The unique and heinous spiritual abuse perpetrated upon clerical sex abuse victims robs these children of hope and escape. Their world is turned upside-down, with God not as their savior, but as their tormentor. The priest, portraying himself as in persona Christi, sadistically warps any sense of good and evil for the child. He loses all hope. For the soul tormented with utter hopelessness, no belief in a better future, no chance of recovery, it seems that only suicide remains.