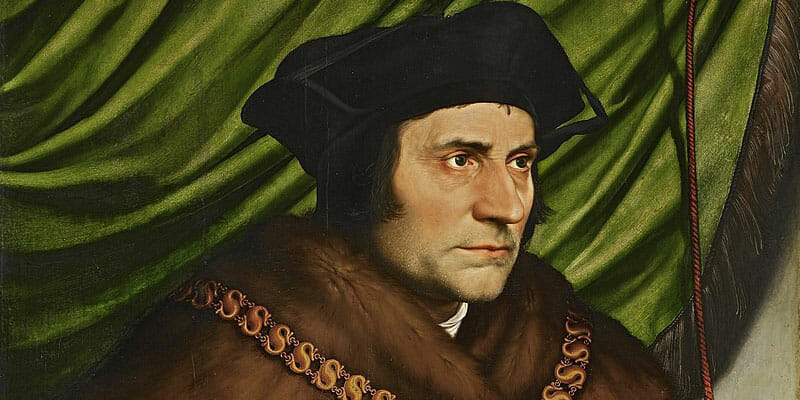 The image of Christ in prayer, wracked by sorrow, grief, fear, and weariness inspired Thomas More’s final work, what is often referred to as The Sadness of Christ. As More awaited his own trial and execution, he addressed “the story of that time when the apostles were sleeping as the Son of Man was being betrayed.” Astonishingly, More claimed that this part of the gospel was “a mysterious image of future times.” More justified a figurative and even prophetic reading of Christ’s betrayal for a single reason. He believed that Christ was “betrayed into the hands of sinners” whenever “an imminent danger” threatened “the mystical body of Christ, the church of Christ.” As a result, More intended to provide his readers with a universal, perennial message that could be applied to any age.

More’s profound assertion raises several questions. If correct, should we understand today’s crisis in the Church as an imminent danger to her? Or, in terms of More’s tropological claim, are we witnessing in our own times a reenactment of Christ’s agony? Or, by way of historical parallel, is the current situation grounds for another schism like the kind that More encountered? Finally, in a personal sense, if Christ’s agony is underway once again, what is our part in the story? That is the question I want to discuss.

Buried in Sleep
More himself applied the story of sleepy apostles to the Church in England. In the Sadness of Christ, he compared Peter, James, and John, who were “buried in sleep,” with Judas, who remained wide-awake. More asked his readers: “Does not this contrast between the traitor and the apostles present to us a clear and sharp mirror image (as it were), a sad and terrible view of what has happened through the ages from those times even to our own?” The mirror image was sharp because the apostles represented negligent bishops while “other governors and other caesars,” like Cromwell and Henry, sought the destruction of the Church in England.

So More asked a second question, “why do not bishops contemplate in this scene their own somnolence?” More wished “that they would reproduce their virtues just as eagerly as they embrace their authority and as faithfully as they display their sloth and sleepiness!” Sleep, thus, becomes a metaphor for placing the faith in jeopardy. For many bishops “are sleepy and apathetic in sowing virtues among the people and maintain the truth, while the enemies of Christ, in order to sow vices and uproot the faith (that is, insofar as they can, to seize Christ and cruelly crucify him once again), are wide awake—so much wiser (as Christ says) are the sons of darkness in their generation than the sons of light.” The sons of darkness are “wise” because of their energy, cunning, and daring in their assaults upon the Church, while the sons of light, Christ’s representatives through apostolic succession, remain disheartened, perplexed, and fearful.

Perhaps More’s critique of the bishops in England will convince you that the agony of Christ is underway in the current church crisis. The abusers possess the energy and wiles of “sons of darkness” while those who remain complacent about a culture of corruption fit well with More’s account of sleepy apostles. We now know that some in our leadership failed to see Christ’s presence in the victims of abuse, and his suffering in their trauma. More would recognize the irony.

Yet bishops were not the only ones inclined to sleep during a time of crisis. More warned how ordinary Christians, too, can become “so fast asleep” in their vices “that even the calls and stirrings of divine mercy” will not “rouse” them to “wake up to virtuous living.” Others are so lost in worldly pleasures that they sleep “in a drugged sleep watching the dream-visions induced by mandragora.” And those who pray, the best of the group, often do so with minds “wandering miles away” from the God they addressed. In contrast to wandering minds, More was struck by the image of Christ lying prostrate on the ground “in humble supplication.”

More elaborated that feelings of weariness, fear, sadness are temptations offered to all those who struggle to be good and to remain close to Christ during times of crisis. Everyone who is “concerned (as they ought to be) about their souls,” More advised, “has sufficient grounds to be afraid that they may grow weary under his burden and give in.” Thus, More’s point about self-knowledge returned to the theme of Sadness: Don’t fall asleep during times of temptation!

More’s message about sadness could be a lesson for us as well. Some may be overwhelmed by the crisis because they prefer the “drugged sleep” of denial, ignorance, or the onrush of daily concerns and activities. Others will acknowledge the trouble, but the emotions of sadness, shock, and outrage will numb them into keeping a distance from the Church. Yet More would urge us to grieve without falling into despair or neglecting our own religious duties.