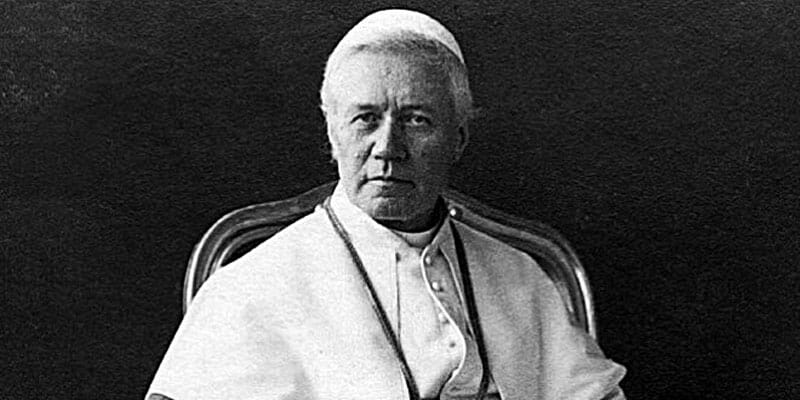 Recently, the Church has suffered blow after blow as a result of scandals involving clergy sex abuse and the abuse of power exercised by certain bishops and cardinals who sought to cover up that abuse so as to protect the abusers. Some accusations have been raised about Pope Francis stemming all the way back to his time as Archbishop of Buenos Aires. Depending on the source, we have been told that everything from clericalism to a lavender Mafia in the Vatican are reasons for the crisis. Yet, how often do our problems have much deeper root causes?

It is important to get at the root of any problem—to diagnose it properly—before one can prescribe a cure. One of the maladies afflicting the contemporary Church also afflicted the Church in the early twentieth century and resurfaced during the Second Vatican Council. I am referring to the heresy of Modernism. According to Pope Saint Pius X’s Pascendi, Modernism is not one particular heresy but rather “the synthesis of all heresies.”

Modernists believe that “newer is better.” Modernism obfuscates Church teaching, causing confusion among the faithful. Modernists attack, oftentimes indirectly rather than directly, the Deposit of Faith because they consider Divine Revelation as passé, and worse, tend to demythologize it entirely. As far as I can tell, one of the strategies of Modernism in the past 50+ years is to attack or at least bemoan and belittle all that came before Vatican II, so that previous councils and the teachings of pre-conciliar popes are barely mentioned. Tradition and Modernism are diametrically opposed because Modernists call into constant question the authority of the Magisterium, preferring to keep doctrine fluctuating and its interpretation as fluid as possible. Likewise opposed to Modernism is the “sensus fidei fidelium” (“sense of the faith of the faithful”).

Truth be told, Modernists are wolves in sheep’s clothing. They attack the Church, often shrewdly in subtle ways, but do so consistently as if chipping away bit by bit at a block of marble, not so that any fine sculpture might emerge, but that we should somehow marvel at the shattered pieces and be grateful all the while for their iconoclastic barbarism which disfigures our Faith in favor of “new and improved” contortions like twisted pieces of metal in a modern art gallery. As the Psalmist reminds us, if the attacker were a sworn enemy we could comprehend it but when the attack comes from a trusted friend it is all the more reprehensible: “Even my bosom friend in whom I trusted, who ate of my bread, has lifted his heel against me” (Ps 41:9). Indeed, Modernists deliberately choose to stay within the bosom of Holy Mother Church in order to fight her from within, to break down her strength, the fortitude of her faithful pastors, until they can claim victory—even if at times it turns out to be short-lived.