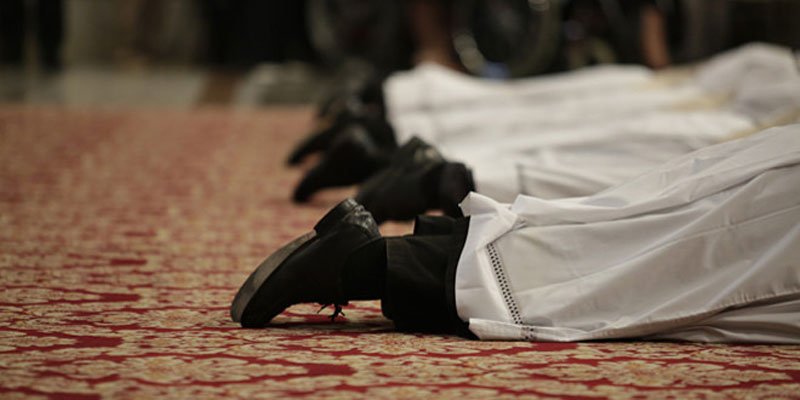 Author’s note: The following essay is inspired by the testimonies of my brother priests along with elements of my own experience. It is not a testimonial nor does it reflect my current experience of seminary or priestly life at Sacred Heart Major Seminary where I currently study nor the local Churches where I serve. I write it for the sake of those laity or clergy who struggle to understand the impact of grooming within the Church.

In the beginning of Alexander Solzhenitsyn’s Gulag Archipelago, the former Siberian concentration camp prisoner and winner of the Nobel Prize for literature explains the frightening reality of “arrest” in Soviet Russia. “Arrest” startles and shocks. The soldiers, and the bosses who direct the arrest, bewilder the detainees. Confusion is the first phase of torture. Its purpose is to confound the fight/flight instinct into a passive reserve: you freeze. Such a moment, that moment when you should fight for your life but instead become coolly resigned, is the origin of the psychological torture in a Siberian prison camp.

Such can be the confusion of a seminarian—zealous, driven, excited—when he moves in to the seminary or a religious house of formation and realizes that he is not where he intends to be. Instead of entering an institution designed for living the Gospel and forming men to be preachers and teachers of that Gospel, they discover that they are prisoners in a highly pretentious environment, filled with unbelief, immorality, and constant power games. As an example, I offer the following parable which I’ve pieced together from a number of different priests’ accounts.

The confusion begins when you meet an effeminate classmate. The effeminate tendencies in this classmate may be easily ignored at first. You think, “young men are not always fully formed.” They just haven’t developed strong masculine traits yet. Thus, you accept it as a normal happening in humanity and presume that these traits will be charitably formed by the seminary community into strong masculine traits that befit a father.

But this assessment changes once you notice one, two, or maybe most of the priest on the faculty or formation staff also have effeminate traits. These traits manifest as constant and oftentimes public sarcasm which then devolves into private gossip, or maybe personal secrets. Many times you don’t know why you’re being told certain stories and you don’t want to respond to gossip or sarcasm, but you realize that this is the common language of the seminary and so, to get along and to be a well-integrated member of your new society, you learn the language despite the knowledge, by faith and reason, that gossip and sarcasm are an abnormal way to interact in society (Col. 3:8).

On the other hand, in a healthy context, heterosexual young adult males focus on developing their masculinity. They look to strong male role models to imitate and to gain wisdom. Young men require healthy physical contact in sports and need to work with their hands. They like to be challenged—challenged to become holy and to develop holy friendships. They strive to be moral in their private affairs and public conduct.

But the confusion grows into a certain indignation when you realize that your effeminate classmate is not growing in masculine characteristics. Rather, the effeminate characteristics are amplified. Also, you presumed that it would be difficult for your effeminate friend to make friends, but now realize that he has more friends than you. He is chummy with the effeminate formators and a star student for faculty members. He excels in gossip and sarcasm, and is quite the extraverted ‘life of the party’ on the weekends, especially when alcohol is involved.

Imagine the seminarian’s sense of loneliness. Without a strong moral unity, it is difficult for anyone to develop healthy emotional bonds. He may have a small group of like-minded, heterosexual friends and this can be some consolation. Yet, rather than feeling like a band of brothers preparing for battle, the group forms a bunker mentality. Some become blind with rage while others are complicit in other immoral behavior with the deviant society. But most men are dazed and confused or blissfully naïve. These men can very easily become a “smokescreen” in the public gaze on the seminary because of their sincere excitement for the pure gospel. These same heterosexual seminarians will be groomed to be enablers to the broken society. For these men are formed to live as if tolerance is the premier Christian virtue. We must tolerate sinful behavior and support those who engage in it because “who are we to judge?”

The moment comes for most of these good men when they are tempted to compromise their personal integrity and values. They hear a story, they see some impropriety, or they are propositioned for sex. The question is whether to blow the whistle or not, to tell an authority or not. Those who are wise realize that everything may be on the line. If they give in to temptation they will be blackmailed for life.

Imagine the seminarian’s discouragement when he brings his confusion to a spiritual or formation director for advice and his concerns are disregarded. Indeed, often he is blamed for others’ bad behavior or told that he lacks the maturity to understand. Or the situation is portrayed in a way that implies that the only person who is abnegating moral responsibility is the seminarian who voiced the complaint. He might be accused of being disloyal, anti-social, or maybe he’s accused of instigating the illicit sexual behavior.

Now imagine the confusion that the young seminarian feels in prayer when he brings to God the deviant sexual behavior within this society, the corruption within the community, and the betrayal that he experiences from those in authority. After all, this is God’s Church. Shouldn’t he be doing something about it? Can’t God find any man to “stand in the breach?”

What tremendous desolation he experiences when he reflects on the lack of affirmation for good behavior (no good deed goes unpunished), and the multiform societal encouragement of bad behavior. Once, perhaps, the seminarian was self-assured. He knew he desired the good for himself and for others. But now he may come to believe lies that he is not a person concerned with the common good because in the seminary he is suspected and sometimes accused of being mean-spirited, uncharitable, or uptight. Thus, in the fog that clouds his mind, he begins to lose a grip on his values.