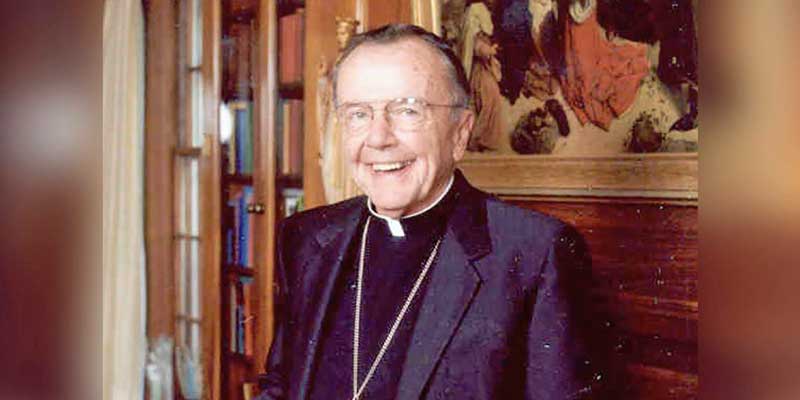 Police in Cheyenne, Wyo., have reopened an investigation involving a former Kansas City priest who went on to become a Wyoming bishop and was later accused of sexually abusing several boys.

In a news release issued this week, the Cheyenne Police Department said it was seeking information regarding sex abuse claims reported to the department as a result of an internal investigation underway by the Diocese of Cheyenne. That investigation is looking into what the diocese says are credible allegations of sexual abuse committed by former Bishop Joseph Hart.

Police did not name the subject of the investigation in their release — only calling him a “church official” — but it is clear that the person they are referring to is Hart. Now 86, Hart served as bishop or auxiliary bishop of Cheyenne from 1976 to 2001. He was a priest in the Diocese of Kansas City-St. Joseph from 1956 to 1976.

“With new information, the CPD has reopened an investigation in regards to allegations of abuse taking place in Cheyenne in the 1970s through the late 1990s by a local church official,” the police department said. “However, due to the time that has passed since those events, CPD investigators are seeking additional information from any victims or witnesses.”

The issue exploded in July when the bishop of the Diocese of Cheyenne said in a surprise announcement that Hart had been credibly accused of sexually abusing two boys. In a news release, Bishop Steven Biegler criticized a previous investigation by civil authorities as “flawed.”

Biegler said he was continuing restrictions placed years ago on Hart after a new probe conducted by an independent investigator found allegations that Hart sexually abused two Wyoming boys to be “credible and substantiated.”