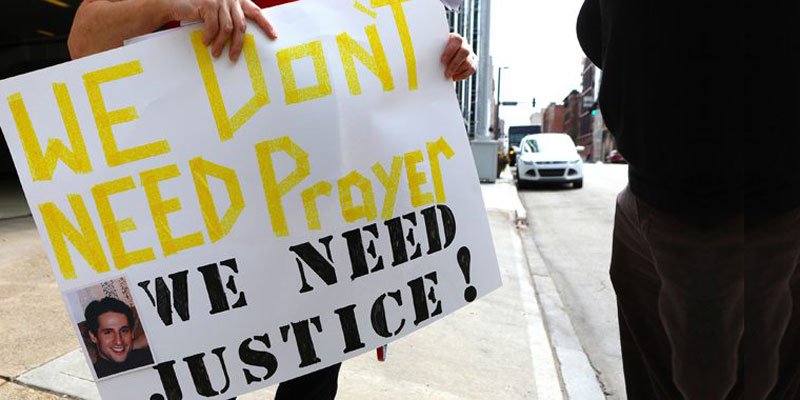 While some deny a same-sex predation problem among priests, the Grand Jury Report reflects similar demographic data as the John Jay Study of nearly 15 years ago.

Faithful Catholics were still reeling from last month’s revelations of homosexual predatory behavior by former-Cardinal Theodore McCarrick when the Pennsylvania Grand Jury Report released the names and the graphic allegations of sexual assault and harassment by more than 300 clergy and lay leaders in the archdiocese. For some, it seemed like the reappearance of the same scandal that started in Boston in 2002 when pedophile priest Father John J. Goeghan was convicted and sentenced to prison for sexually assaulting a ten year-old boy. To many, it seemed that we had learned nothing.

In 2002, enamored with the alliterative phrase “pedophile priest,” some media outlets—like the Boston Globe—refused to acknowledge that that scandal, like the current scandal, was primarily a scandal surrounding homosexual predation. Those of us who tried to help people understand this scandal in 2002—by pointing out the demographics of the predation—were labeled homophobic. As a member of San Diego Bishop Robert Brom’s Advisory Board on Sexual Abuse from 2002-2006, I was often invited to provide a sociological overview of the demographics of the sexual abuse scandal. In an attempt to educate a panicked public on the real data of predator priests, I published op-eds in the San Diego Union-Tribune titled “The Myth of the Pedophile Priest” and “The Postmodern Pedophile.” Many other newspapers reprinted the op-eds but it seemed that few people—including those on my own campus at the University of San Diego—wanted to see the data.

Some blamed the messenger. Following a presentation replete with PowerPoint data on the demographics of the abuse—on my own campus—a group of gay advocates from off campus followed me to my office and refused to leave until I would agree to stop “blaming gays” for the scandal. They left when I was finally able to call campus security.

While I did not stop writing about the predatory priest problem, it began to be clear to me that we were in the middle of a moral panic. And like all moral panics, this panic was promoted by those who had much to gain by keeping the panic alive. Some have called for “solutions” which most often involve radical changes to the priesthood—everything from the ordination of women to the elimination of priestly celibacy. Once seen as the foundation of spiritual commitment and sacrifice that a young seminarian makes in his quest for holiness, celibacy is viewed by progressives as a form of deviance in an age of sexual liberation—a “cause” of deviant sexual behavior.

The truth is that celibacy has nothing to do with the kind of predatory homosexual behavior we see in the current Grand Jury Report of 2018, or in the John Jay Report of 2004. The John Jay study, which was commissioned by the USCCB, found that 19 percent of the more than 4,000 victims of predatory priests were female; 81 percent of cases of clergy sexual abuse involved priests and male victims. According to the John Jay study (see page 6 for the summary of demographics) the largest group (50.9 percent) of victims were between the ages of 11-14; 27 percent were between 15-17 years old; 16 percent were between 8-10 years old; and 6 percent of all victims were under 7. According to the John Jay Report, this was not a “pedophile priest” scandal, because the vast majority of cases involved post-pubescent males; it was a scandal of same-sex predation, though few wanted to acknowledge this.

However, the culture has changed, and today more are saying what many of us tried—somewhat unsuccessfully—to say in 2002 about the homosexual culture that has emerged in our seminaries, chanceries, and parishes.