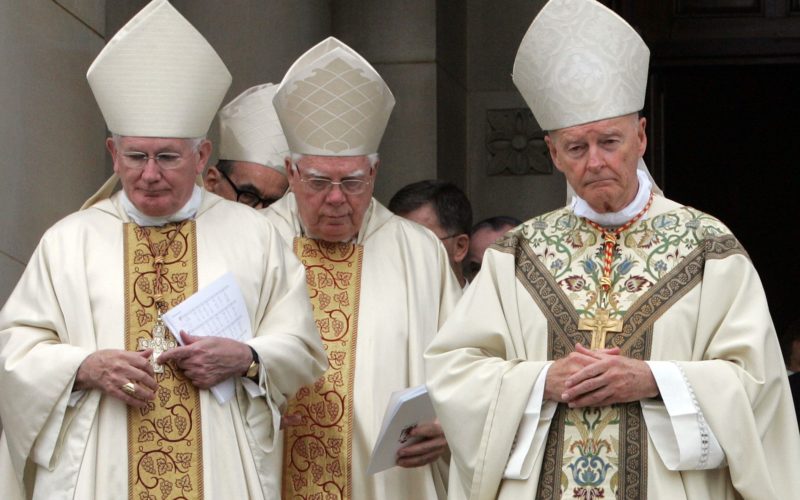 Policies have slowly improved. But as a matter of justice, individual prelates should admit wrongdoing and step down

How could priests do this? Once, again, the Church confronts this question after Tuesday’s release of the Pennsylvania Grand Jury report on sexual abuse in six Pennsylvania dioceses over several decades. Even after so many previous revelations, the facts are still horrifying. Some of the details of the report – involving groups of priests acting in concert, behaving in ways sadistic, sacrilegious, and blasphemous – go beyond the imaginations of Hollywood in their stomach-churning brutality and perversity.

But in my experience, the existence of priest predators is not what angers people most. The greatest outrage, many would say, is that bishops were too often anything but shepherds for those victims. Even in the face of grotesque and, it is fair to suggest, demonic abuse, the Successors of the Apostles completely failed.

Church leaders have repeatedly missed the opportunity to act. In 1992, after the first major scandals had broken into the consciousness of the American Church, the bishops adopted new guidelines. But a decade later, it was clear that the 1992 protocol had not stopped the pattern of cover-up and reckless, dishonest reassignment. Dioceses were still putting children at risk and demeaning the courageous victims who had come forward.

The 2002 meeting in Dallas did establish a much stronger policy (popularly known as “zero tolerance”) than the 1992 guidelines. It has unquestionably helped to make the Church a vastly safer place. But it was not nearly enough, for it did not address the problems of justice and credibility. Why were the 1992 guidelines not enough to end the practice of buying victims’ silence? Why, after nearly 20 years of awareness, were victims and their advocates still treated coldly, suspiciously, and with hostile litigation tactics? Why were abusive priests given more chances to abuse even when (false) promises to the contrary were made? The answer “Because there was no policy” beggars belief. But that was the only answer the bishops were willing to give in Dallas.

What was needed then was the resignation of any and every bishop who had mistreated victims or enabled abuse. Some bishops, including Cardinal Law, said that they offered their resignations and Rome refused. Maybe so, but if there had been a dramatic press conference in Dallas where genuinely contrite bishops – 50? 100? 200? – admitted their own individual failings and announced their resignations, I suspect Rome would have acquiesced.