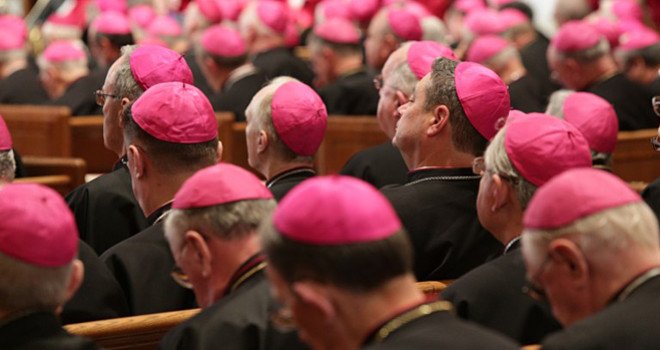 It is hard to communicate to people the life of a priest. The inexpressible joys that we experience every day are so difficult to express, as is the privilege of journeying with people through the dark valleys in their lives with hope that we can be the shepherd who brings them comfort. In light of the current ecclesial climate, I would like to share my story—not so much my biography, though elements of that are mentioned in several places. I would like people to know where my heart is. It is tired, and it is broken—I can physically feel pain in my chest. While I know there is hope in Christ our light, and while I know that this is his Church, and that the harvest is at hand, in which one day the weeds and wheat will be separated, it would be foolish at present not to address my hurt and my frustrations. I think others can benefit from hearing as well, so this writing is my feeble attempt to share my story—our story, the story of an American priest.

First, I must say that I love being a priest. I have always loved being a priest. This is my vocation; it’s my love, to serve the people of God. God made it apparent to me from my youth that I was called to be a father to many and to spend my life for love and service of the Church in a way which is single-hearted. He granted me a love for the Eucharist and a passion for preaching the truth. I attended parochial school. In my teenage years, I was moved particularly by the voice of John Paul II to respond to the call of the Lord. This call was fostered by Steubenville conferences, Lifeteen events, and my love for truth was fed by EWTN, along with the writings of the pope who would be a saint. I even spent several years in lay ministry (one as a missionary) before entering seminary in the fall of 2002.

At the time I thought I knew what I was getting into. I knew that my love for the truths of the Church as proclaimed by John Paul the Great was not shared by many of the American clergy. Year after year, my peers were ordained, the disdain of Baby Boomer clergy for these “young” priests became known. “Rigid,” “Conservative,” and “Pre-Vatican II” were among the favorite buzz words used to describe the emerging clergy of the day. I also knew the environment of my home diocese: my parish was rocked by a scandal involving a priest and one of my teenage peers; the long-time pastor of my home parish was known for having multiple affairs (one mistress was known personally to my mother)—it even was long-rumored that he had personally funded several abortions; another priest at a church near my home was seen in public with apparent male lovers. And yes, I knew about the sex abuse scandals, I entered seminary in their shadow. My classmates and I, we knew what we were dealing with.

The Dallas charter came and the criticisms were clear: there was still no bishop-accountability. Yet, we were filled with hope. There was a new era, a freshness in the Church. The moral laxity of the 1970s was drying up and the people of God were hungry for truth. New bishops came, appointed by an informed John Paul II, and his successor (I remember crying tears of joy when Benedict was elected, despite the open contempt of Boomer clergy). Gone were the days when men such as Weakland, Untener, Gumbleton and Imesch were rising to the episcopacy despite their open dissent with the magisterium. There were new bishops who wanted solid, orthodox priests to teach people about the truth and beauty of the authentic message proclaimed by Christ to his Church.

I knew there would be resistance—we knew there would be resistance, but we would have the backing and support of our spiritual fathers. They would protect us and stand up for us. Even though we may be lambasted by our brothers (many of which were living deviant lives—both hetero and homosexual) we knew the men to whom we pledged respect and obedience would protect us.