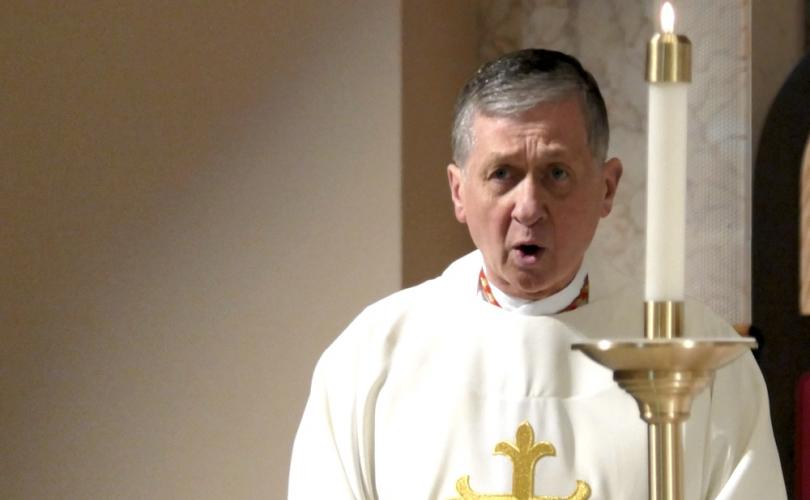 According to Pope Francis-appointed Cardinal Blase Cupich of Chicago, homosexuality in the clergy isn’t the main issue in the sex abuse crisis, and saying so is a “diversion” away from the real issue, clericalism.

Cupich, one of the most left-leaning, pro-gay bishops in the country, made these comments in an interview with America magazine.

“In the weeks since allegations were made against Archbishop McCarrick, some commentators and clergy have suggested that allowing gay men to be priests has created a culture ripe for the kind of abuse Archbishop McCarrick is alleged to have committed,” the Jesuit publication reported. “But Cardinal Cupich said he ‘would be very careful’ in accepting that conclusion, noting that similar claims made during the height of the child sexual abuse crisis in the 2000s were refuted by an independent 2011 report compiled by the John Jay College of Criminal Justice.”

Cupich also praised the Dallas Charter, the U.S. bishops’ document on dealing with sex abuser priests, as having been effective at removing now ex-Cardinal Theodore McCarrick, even though it specifically avoids addressing consequences for predatory bishops. He made a number of other comments about the need for “a review to confirm if policies that already were in place were not followed” and how “shocked” he was to learn about McCarrick’s pederasty.

“Cardinal Cupich sounds more like a bureaucrat than a pastor,” Dr. Jennifer Roback Morse, Founder and President of the Ruth Institute and the author of the forthcoming book The Sexual State, told LifeSiteNews. “I am particularly concerned that he is recycling the old canard from the 2002 go-round of clerical sex abuse: ‘this has nothing to do with homosexuality.’”