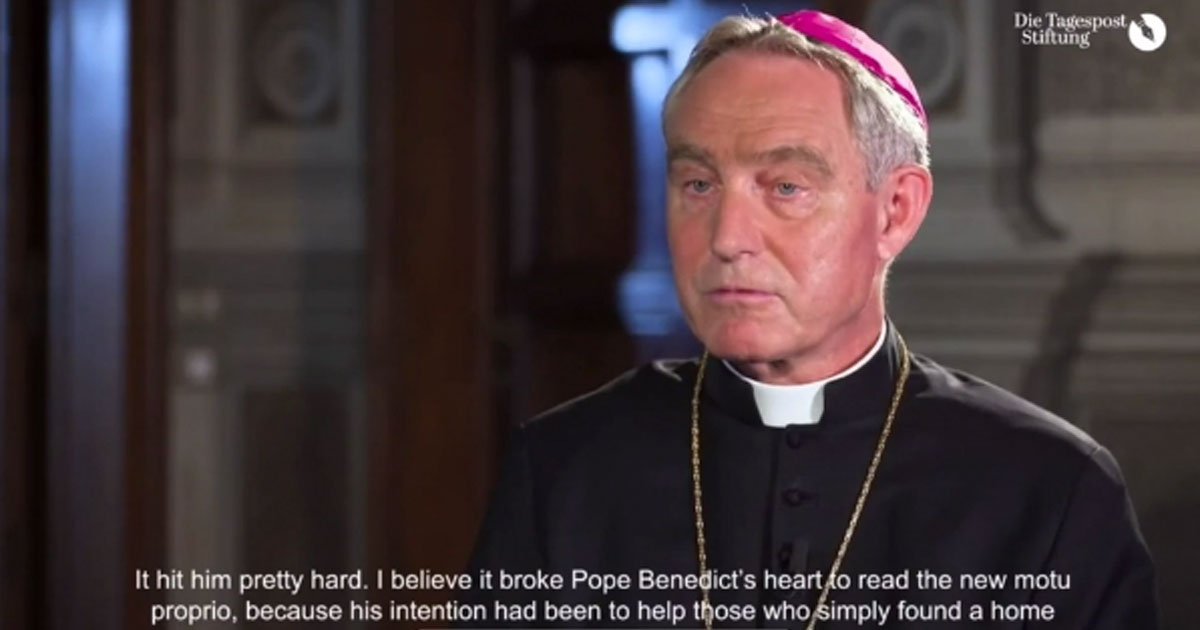 Interviewer: So, Pope Benedict’s lifting of restrictions on celebrating the Extraordinary Form of the Roman Rite according to the 1962 Missal did not last as long as he intended. As Pope Emeritus, he was around to see the promulgation of Pope Francis’ MOTU PROPRIO Traditionis Custodes. Was he disappointed?

Archbishop Gänswein: It hit him pretty hard. I believe it broke Pope Benedict’s heart to read the new MOTU PROPRIO, because his intention had been to help those who simply found a home in the Missale Vetustum—to find inner peace, to find liturgical peace—in order to draw them away from Marcel Lefebvre. And if you think about how many centuries the old Mass was the source of spiritual life and nourishment for many people including many saints, it’s impossible to imagine that it no longer has anything to offer. And let’s not forget that many young people—who were born long after the Second Vatican Council, and who don’t really grasp all the drama surrounding that council—that these young people, knowing the new Mass, have nevertheless found a spiritual home, a spiritual treasure in the old Mass as well. To take this treasure away from people … well, I can’t say that I’m comfortable with that.