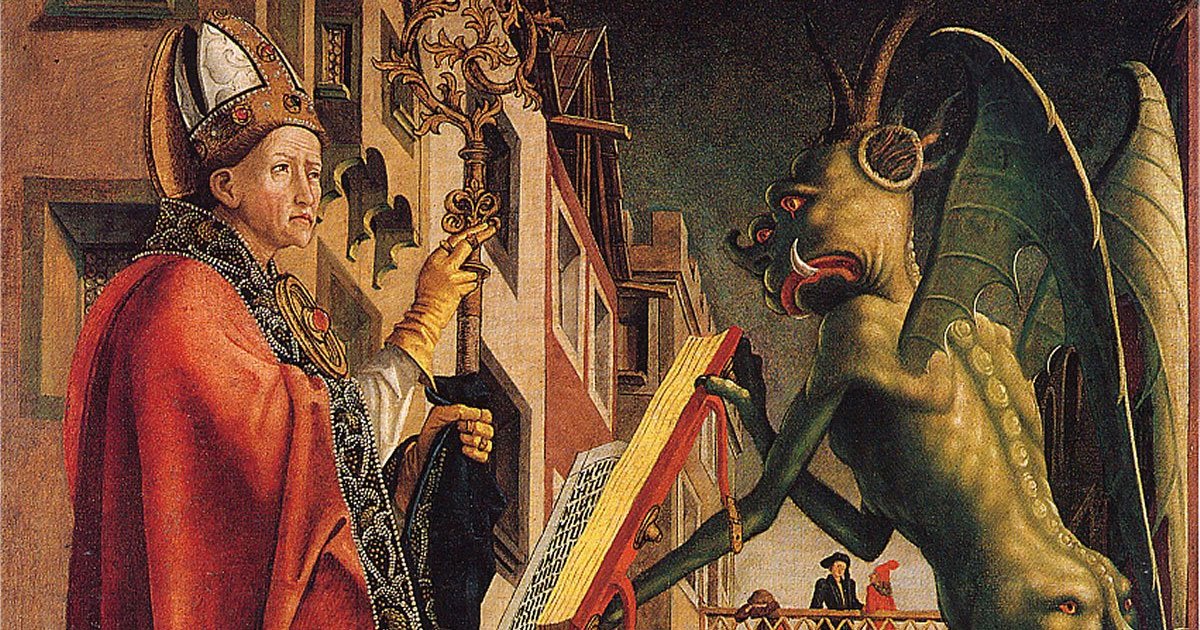 Many priests and bishops no longer believe in the devil, which is obviously the best possible camouflage for the latter. If he does not exist, why fight against him? Why guard against him? And finally, is there a hell? For hell is the place where the rebellious angels were thrown after their sin, and where the damned are punished for eternity.

As we can see, a number of truths, some of which are dogmas, are being upset or rejected by the refusal to believe in the existence of fallen angels, those who refused to obey God, and whom Holy Scripture calls demons.The devil manifests himself in an ordinary and daily way by the temptations which he inflicts on souls to make them commit sins. Certainly, our own lust, disordered by original sin, is also an important source of our temptations and our sins, as well as the world, in other words evil men, who do the work of evil and the devil here below.

But the devil also manifests himself in an extraordinary way, much more rare, through physical attacks against men. These manifestations can take several forms, including external by attaching themselves to the objects around us. These are called infestations. There are also internal manifestations which take the form of attacking our psyche in a minor way, called obsession. The last type is interior, which is much deeper. The devil can act directly on our bodies, without however being able to occupy the heart of our soul, this is called possession.

Our Lord Jesus Christ has entrusted power to His Church to fight against these three modes of action of the devil. This power is given through the ministry of exorcism, and every priest possesses it. But Church discipline has restricted the exercise of this power to certain priests, usually one per diocese, who is entrusted with the task of fighting against the devil in these extraordinary manifestations.