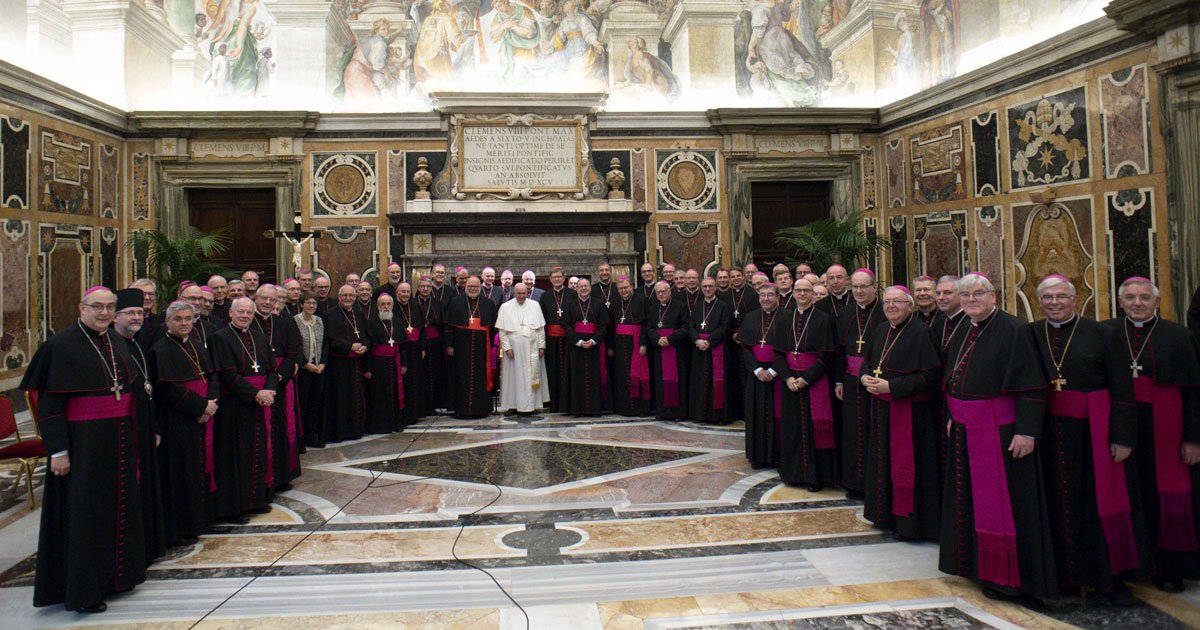 Pope Francis received the German bishops at the Vatican on Thursday.

The audience with Pope Francis lasted about two hours, the German Bishops’ Conference said in a statement published after the encounter, describing the meeting as an “open round of talks” in which “the bishops were able to raise their questions and issues, and the pope answered them individually.”

The statement briefly mentioned that “aspects of the Synodal Way of the Church in Germany, and the worldwide synodal process also came up in the conversation.”

As CNA Deutsch, CNA’s German-language news partner, reported, the press release also said that the pontiff and the bishops exchanged “reflections on pastoral care in changed times,” “the self-understanding of the priestly and episcopal ministry, the commitment of laypeople in the Church, as well as the challenge of how evangelization can succeed in the context of a secular world.”