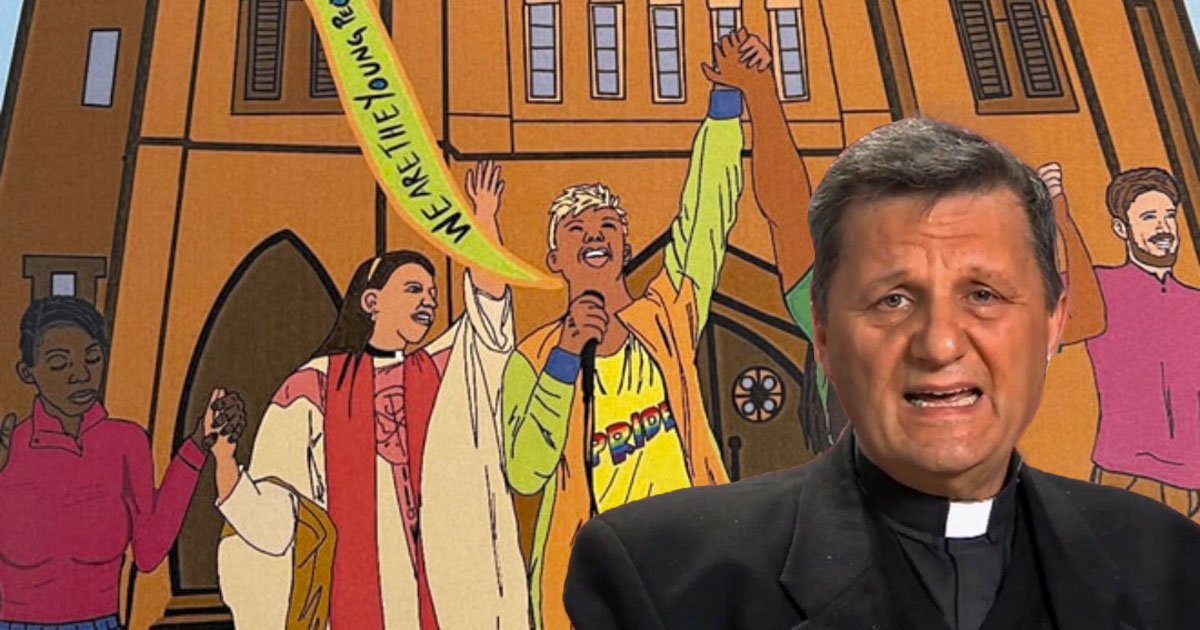 A leading synodal cardinal and member of the Roman Curia has defended the “manifestly heretical” artwork promoted by the Synod on Synodality in social media posts, saying that the Church is a “listening Church.”

The topic was raised by Vatican journalist Diane Montagna during the presentation of the Synod’s new working document for the continental stage of the process. That document – which calls for more inclusion of the divorced and “re-married,” LGBT groups, and proposes a “female diaconate” – was compiled from the numerous synodal reports submitted by dioceses and bishops’ conferences around the world.

During the document’s drafting, the Synod on Synodality’s social media accounts posted a number of images, selected from the various diocesan submissions, which appeared to promote female priests and the LGBT ideology.