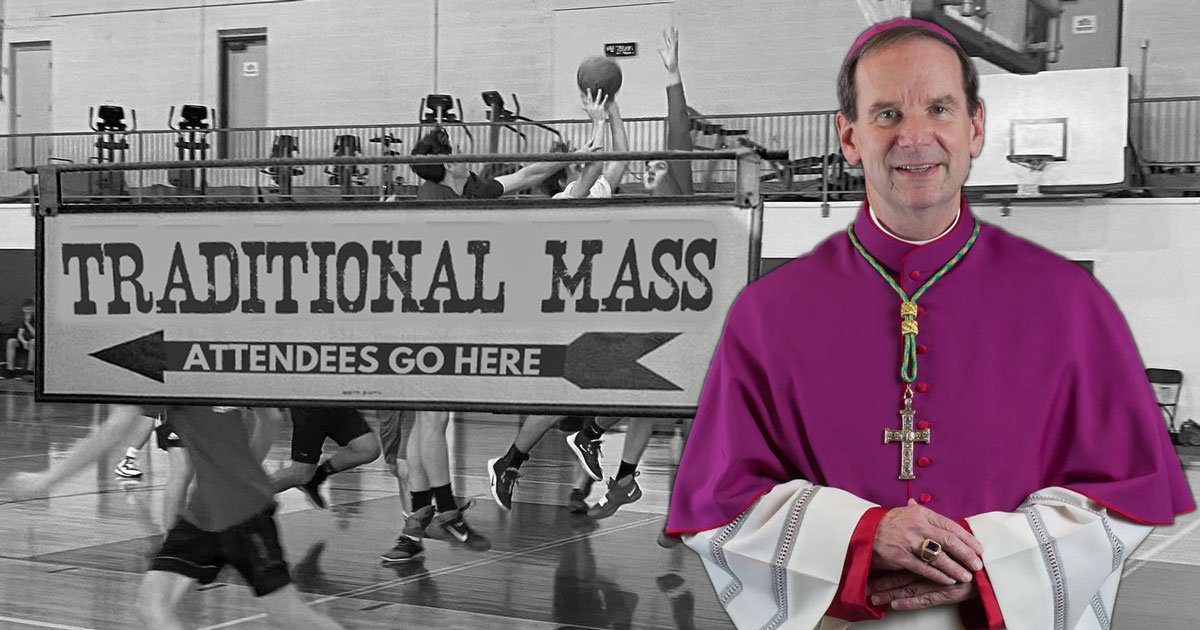 The commonwealth of Virginia used to be a state where segregation was law, and harsh penalties were inflicted upon persecuted human beings who dared mix with the majority. That cruel policy was restored today, not based on race this time, but based on which Mass you attend. And far from a Southern Democrat inflicting such horrible policy, the segregation was announced today by the bishop of the Diocese of Arlington, Michael Burbidge.

Effective September 8, 2022, the current 21 locations where the traditional Latin Mass is currently offered (in a diocese of 70 parishes) will be largely suppressed, and eight locations will be permitted. Three of them are fortunate enough to have the TLM in the parish church, albeit with restrictions and expected indoctrination. But the other five will be in gymnasiums and other places separated from a main parish church.

Announced first to a video meeting of priests, and then posted on the Diocese of Arlington website, the policy is much harsher than expected. The thriving Saint John’s parish in Front Royal, which has the TLM seven days per week, must now use the “Chelsea Academy” facilities. The congregation will be segregated in the gym. Holy Trinity church in Gainesville, which has three TLM-celebrating priests, is completely out of luck — everything there is suppressed. Parishioners (and there are many) will be expected to drive to a Montessori school for their segregated Mass. Saint Peter’s church in Little Washington, which also has daily TLMs, is suppressed, with their congregation probably also expected to drive to the gym in Front Royal. Bye bye, Saint Lawrence in Franconia, one of the original TLMs in the diocese, and the list goes on and on. A total Massacre.