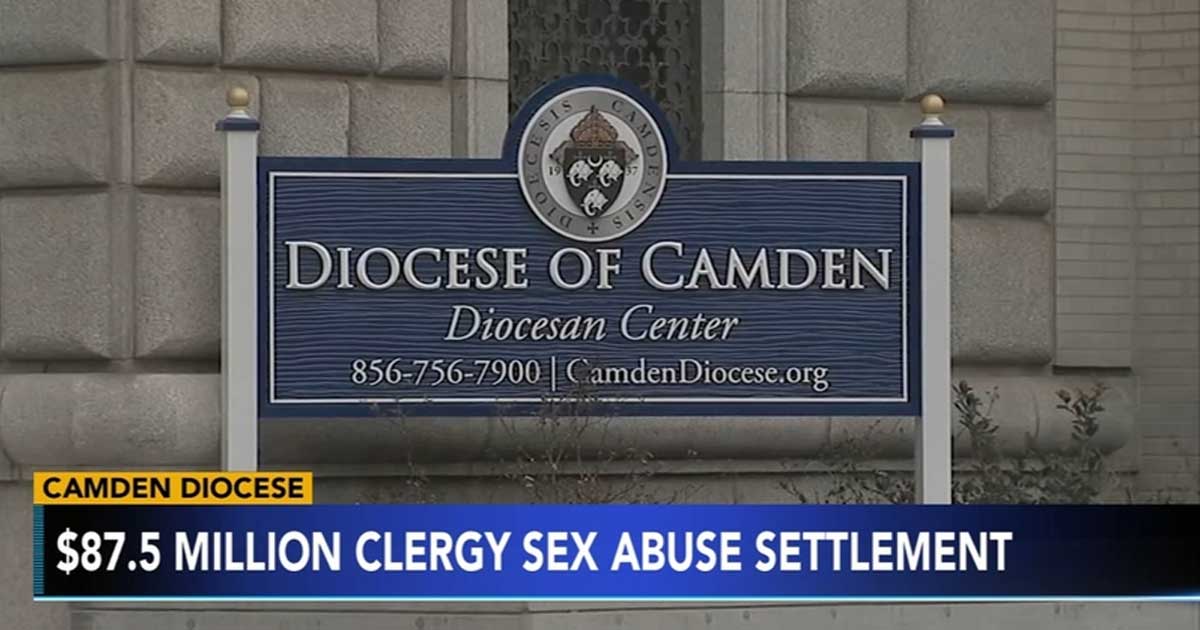 A New Jersey Catholic diocese has agreed to pay $87.5 million to settle claims involving clergy sex abuse with some 300 alleged victims in one of the largest cash settlements involving the Catholic church in the United States.

The agreement between the Diocese of Camden, which encompasses six counties in southern New Jersey on the outskirts of Philadelphia, and plaintiffs was filed with U.S. Bankruptcy Court in Camden on Tuesday.

The settlement must still go before a U.S. bankruptcy judge. If approved, the settlement would exceed the nearly $85 million settlement in 2003 in the clergy abuse scandal in Boston, although it’s less than other settlements in California and Oregon.

“I want to express my sincere apology to all those who have been affected by sexual abuse in our Diocese,” Bishop Dennis Sullivan said in a statement. “My prayers go out to all survivors of abuse and I pledge my continuing commitment to ensure that this terrible chapter in the history of the Diocese of Camden, New Jersey never happens again.”
Political Cartoons

Details about what allegedly happened to the roughly 300 victims were not included in the proposed settlement, according to an attorney for some 70 of the victims.

Continue reading at US News