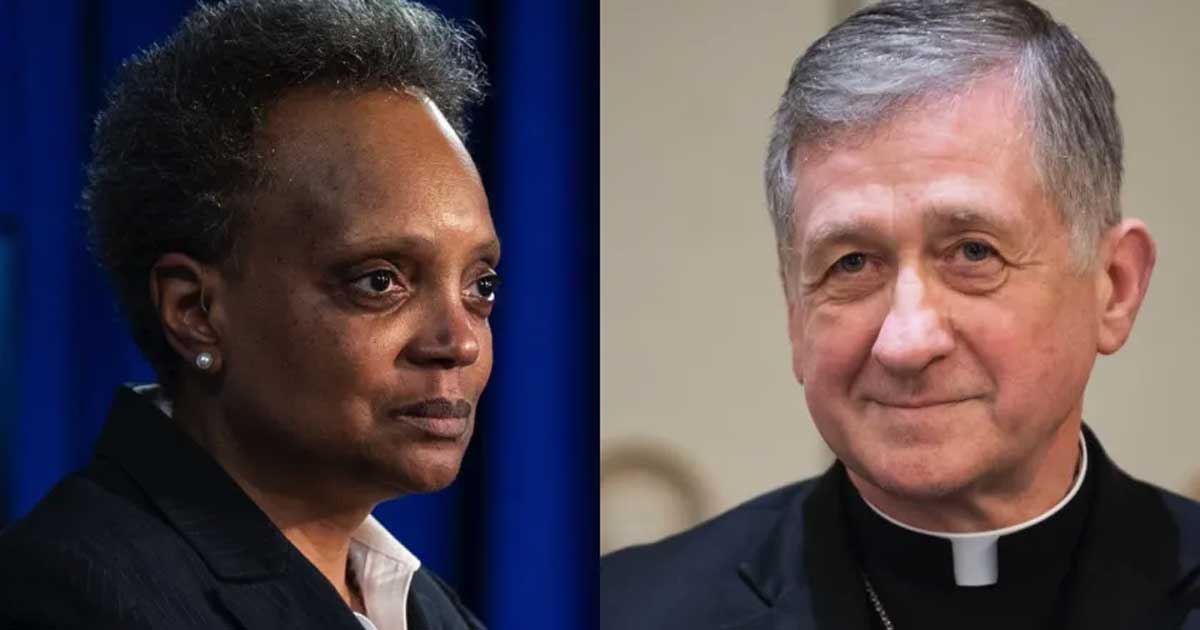 In May 2020, Mayor Lori Lightfoot was drawing considerable flak over her stance against churches and other places of worship reopening for services amid the COVID-19 pandemic.

But she found a behind-the-scenes ally to help her face the backlash from faith communities: Cardinal Blase Cupich, the top Catholic cleric in the Chicago region.

Newly obtained emails between Cupich and Lightfoot show the cardinal advised the mayor on May 13, 2020, about how to craft a letter she would send the following day to “Members of the Chicago Faith Community.” Citing the need to curb the spread of the virus, the letter urged faith leaders to abide by government restrictions on gatherings of any kind, including those at churches, synagogues and mosques.

Many houses of worship had closed temporarily because of the pandemic or were offering only virtual services, though some clergy were starting to defy the pandemic prohibitions, in effect daring City Hall or Gov. J.B. Pritzker to try to stop them from holding in-person services.

“I know that as faith leaders you take the health and well-being of your community with the utmost seriousness and further that you put the health and well-being of your congregants first,” Lightfoot wrote. “I urge you to continue speaking to the pain and fear that ripples through our city in waves. Lifting up the broken and the downtrodden and help them find peace and salvation. In sum, to do all the things you have been doing for years that are needed now more than ever, but to do it from an appropriate distance because we know with certainty this virus ravages us when we gather in groups.

“Yes, limiting services and other important religious convenings like funerals, baptisms, bat and bar mitzvahs, breaking fasts and weddings is hard. Very hard. But it remains every bit as important now as ever.”