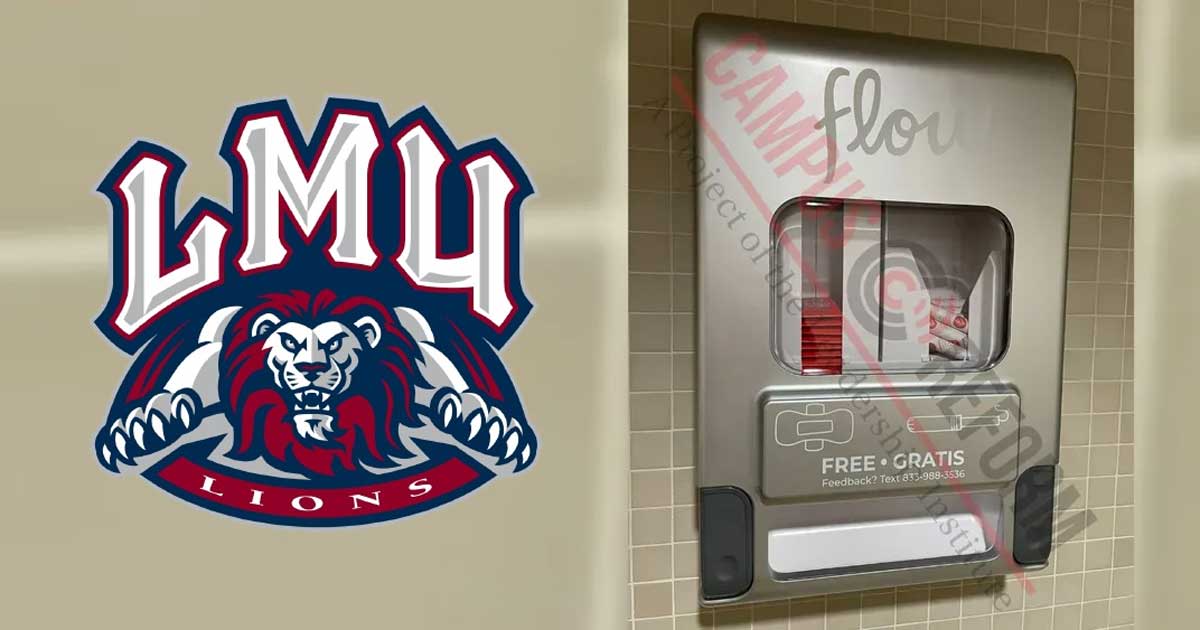 Campus Reform obtained photos of the dispenser from the California College Republicans (CCR).

The decision by the university to incorporate feminine products in the men’s restroom raises safety concerns for women on campus, according to the CCR.

“We are disappointed in LMU for advancing woke gender ideology — not only for the fact that it is supposedly a private, traditional, Catholic university — but for the fact that encouraging these choices furthers mental health issues and can potentially lead to instances of rape,” the CCR told Campus Reform.

“Separate bathrooms are maintained for the privacy of the two biological sexes, and unfortunately there are predators of both sexes who can use these opportunities to invade the privacy of the opposite sex, claim they’re ‘trans,’ and then engage in degenerate sexual behaviors or even worse, assault someone. Something that has already occurred numerous times across the country due to these policies.”

The CCR acknowledge that sexual assault is a recurring problem across the country and alleged that the spike may be a result of implementing such gender-inclusive policies.

Contact LMU President Timothy Snyder at 310.338.2775 to express your opinion about the school’s action.

Contact Archbishop José Gomez at 213.637.7534 and ask him to intervene in this matter.  Schools that fail to defend Catholic teaching should not be allowed to present themselves as Catholic institutions.