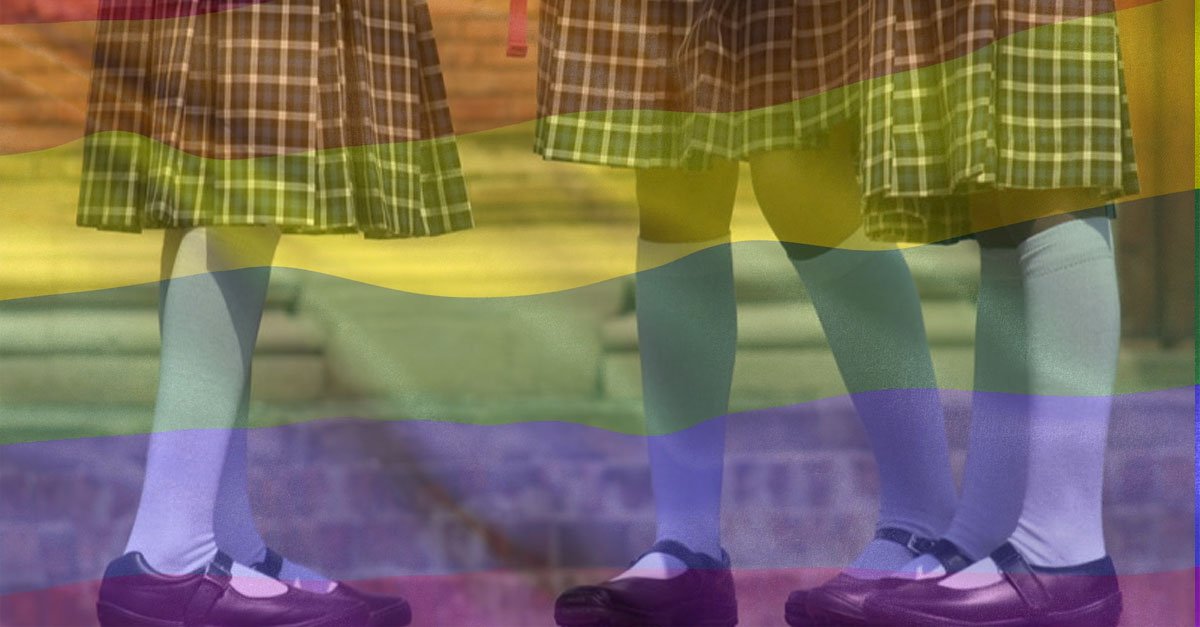 These schools no longer train Catholic students, but rather participate in the indoctrination of children and teens into the new orthodoxies of our progressive age.

If you are a parent, you might be forgiven for thinking that Valentine’s Day is a pretty innocent holiday — and that there aren’t many ways for LGBT activists to turn it into an affirmation of their agenda. And if you’re a parent who sends their children to a Catholic school, you might assume that ideology might be left out of any activities entirely. You would be wrong.

A glowing report from Canada’s taxpayer-funded state broadcaster, the CBC, noted that thirty students at the Archbishop M.C. O’Neill Catholic High School in Regina, Saskatchewan, launched a campaign to send Valentine’s Day cards to various people who identify as transgender around the world. The students, who are members of the Catholic school’s Gay-Straight Alliance club, sent out 100 cards.

According to club leader Corrine Pirot, the project was piloted by a Regina man named Ken Mullock in 2021, and the Catholic school students decided to join in. Last December, Mullock had launched the drive to send out cards with a TikTok video because people “might be called by the wrong name or misgendered during the holidays.”

“Misgendering” is a term used by LGBT activists to describe referring to a person by their biological sex rather than their chosen gender identity; “deadnaming” refers to the practice of calling somebody by their given name, rather than the name they choose after identifying as a different gender. LGBT activists refer to this as a form of violence. As the saying goes: Right-wing speech is violence, left-wing violence is speech.

The Catholic school students, who did not pick up on the campaign in time to send out holiday cards, decided to send out Valentine’s Day cards instead. “It’s not often that [the students] get a chance to give back,” Pirot told the CBC. “So to have something like this, that they can totally relate to, was really, really important for the group. We’ve done a few other things in the community, but nothing to this extent.”