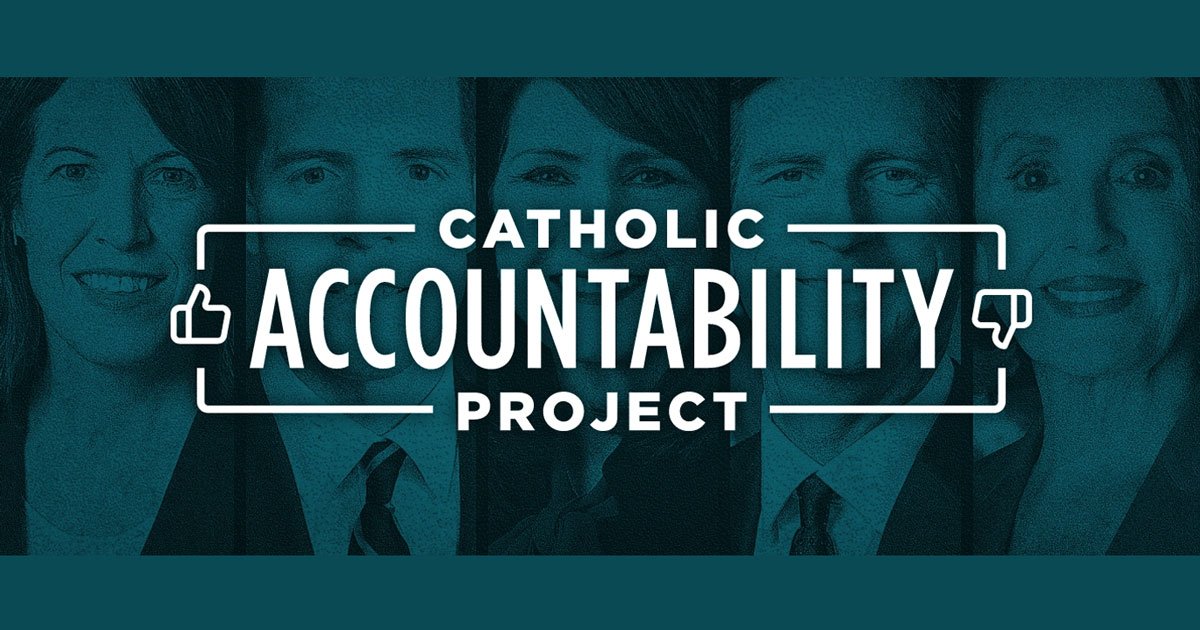 Today, CatholicVote announced the launch of the Catholic Accountability Project, a lay-run initiative aimed at holding Catholic leaders and institutions accountable to foundational Catholic moral teachings. The project comes as the Church in the United States continues to struggle with how to protect the integrity of the Faith and the sacraments from the scandal of public leaders who support lethal violence against unborn children.

“We are proud to announce the Catholic Accountability Project, an initiative to track and expose Catholic politicians, media personalities, and other public figures and institutions that fail to uphold the truths taught by the Church,” said Brian Burch, President of CatholicVote.

“Many self-professed Catholics in public life not only reject Catholic teaching, they openly flaunt their opposition, with zero consequences. This phenomenon leaves many Catholics angry, confused, and disillusioned. CatholicVote is marshaling the full resources of our organization to unmask Catholic public figures who openly defy Church teaching – and hold them accountable.”

Using its research, digital footprint, and large network of engaged lay activists, CatholicVote has begun building a database, accessible to CatholicVote members and the general public, to expose the records of these Catholics, starting with members of Congress.

We will be expanding our congressional tracking tool in the coming months to publish the voting records of every Catholic public official on many other critical issues, including the sanctity of marriage, religious freedom, and the rights of parents as the primary educators of their children.

Additionally, CatholicVote plans to extend the scope of the project to include other self-identified Catholic institutions, including leading media figures, universities, charities, and more. A recent report by Students for Life of America, for example, found that nearly two dozen Catholic universities had direct ties to our nation’s largest abortion business Planned Parenthood. Likewise, the left-wing media organization, the National Catholic Reporter, regularly publishes material in open opposition to Church teaching, and was ordered by the local bishop years ago to cease using the label “Catholic,” yet refused to comply.

CatholicVote is a national faith-based advocacy organization, organized by faithful Catholic laity in full communion with the teachings of the Church, yet does not claim to speak for any individual bishop or the United States Conference of Catholic Bishops.