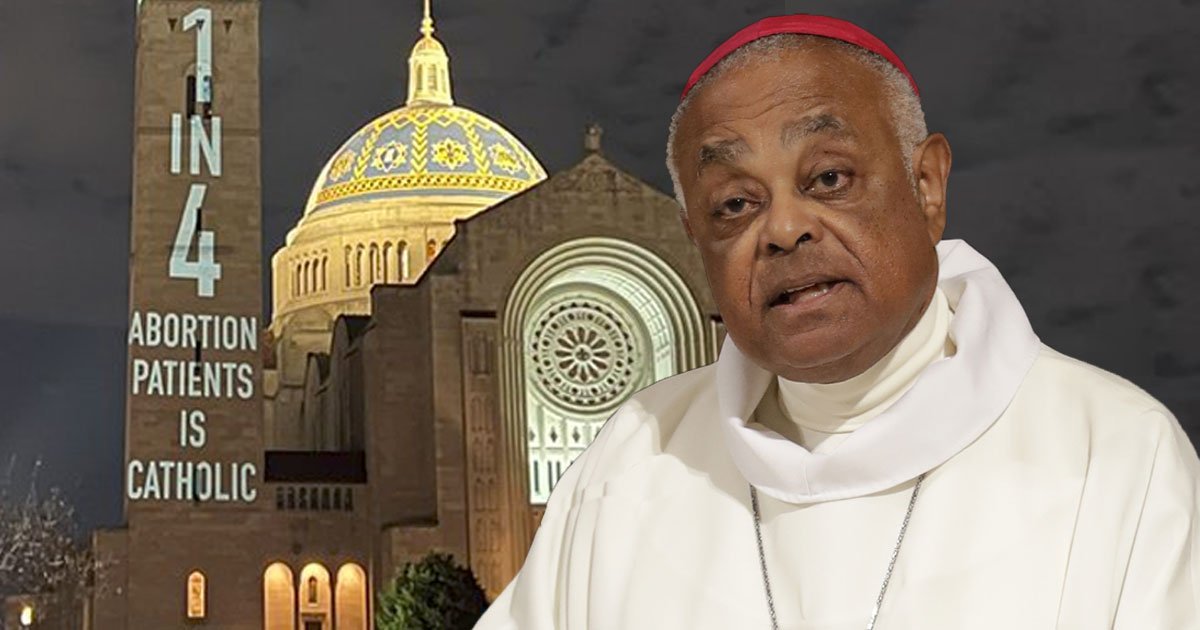 In a challenge to those attending today’s 49th annual March For Life, pro-abortion rights messages were projected on the Basilica of the National Shrine of the Immaculate Conception Thursday night.

Religious News Service reporter Jack Jenkins posted photos of the protest, which he said came during the basilica’s “prayer vigil for life” that was happening inside.

Thousands today are gathering in Washington, D.C., for the March for Life, the annual event to draw attention to the 1973 Supreme Court Roe v. Wade ruling granting a right to abortion. Anti-abortion advocates believe the conservative majority on the court could overturn Roe.

Jenkins indicated that there was a clash during the Catholics for Choice protest at Washington’s top Catholic church. He tweeted that a “man has now confronted the protesters, shouting ‘there is no such thing as a pro-choice Catholic’ and ‘pro-choice Catholics are going to Hell!'” Jenkins added: “Protesters quietly offer to pray for him, and he shouts ‘I don’t want your prayers … Why would I pray with you, you’re not Catholic!’”

Tonight, @Catholic4Choice projected on the Basilica not because we hate our church, but because we love it.

And we want pro-choice Catholics to know: this is your church too. (4/?) pic.twitter.com/0MiXMsaga9

The pro-abortion campaign was sponsored by “Catholics for Choice” based in Archdiocese of Washington, DC.  Canon law states that no initiative can lay claim to the title “Catholic” without the consent of competent ecclesiastical authority (C216).