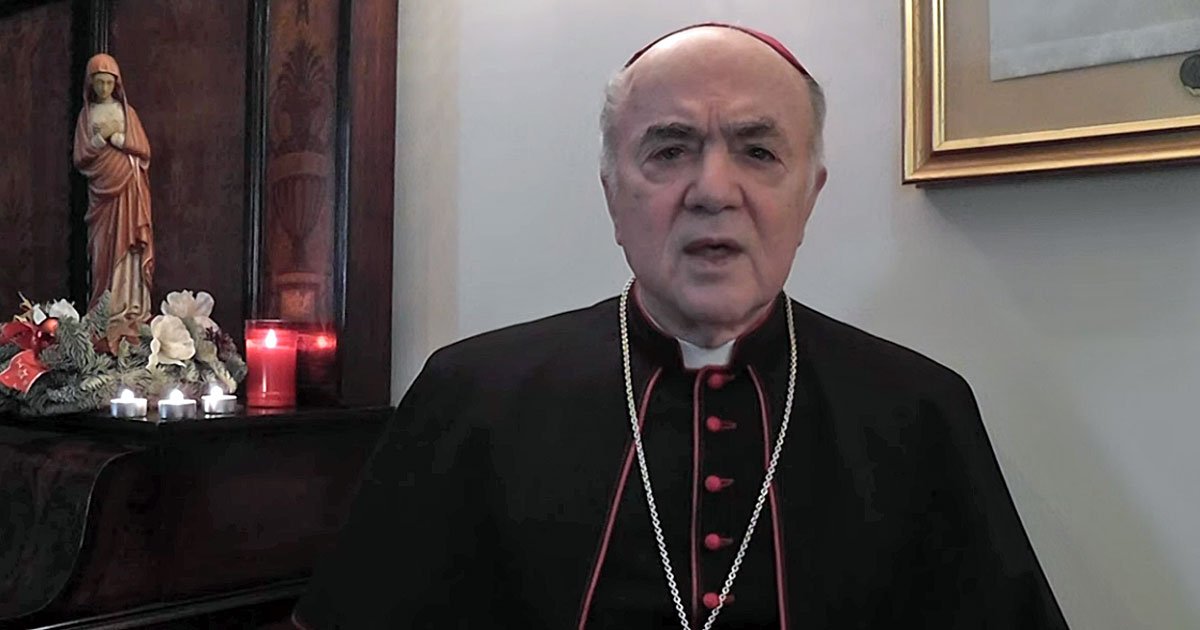 Archbishop Carlo Maria Viganò sends a message of support for a new prayer initiative being launched today in Front Royal, Virginia, in the United States, in the Church of Saint John the Baptist. Inspired by others including the “Austria Prays” movement which began two weeks ago in Austria, and national Rosary crusades in Austria in 1955 and in Brazil in 1964. We wish to pray for all who have suffered and all who have died during the 2 years of the present COVID pandemic and for all families who have been divided and all children who have suffered from the consequences of this crisis. We hope to join with all men and women of goodwill to continue this initiative during the months ahead.

About 100 people prayed a Rosary today in the Church of St. John the Baptist in Front Royal, Virginia. The initiative is inspired in part by national Rosary Campaigns in past decades in times of great national crisis, as in Austria in 1955 and in Brazil in 1964. The current crisis is global and seems to require a global effort repentance and prayer if humanity is not to sink into even more serious problems and sorrows in the months ahead. The campaign therefore is part of an effort to respond to the call for a “Global Reset” which has no clear reference to Jesus Christ or the spiritual nature of man but rather proposes a world where Christ is set to one side, along with the spiritual aspect of man’s nature. The “Greatest Reset” — which Archbishop Viganò refers to in the quote cited above is the coming into the world of Christ, providing humanity with the hope of eternal life.