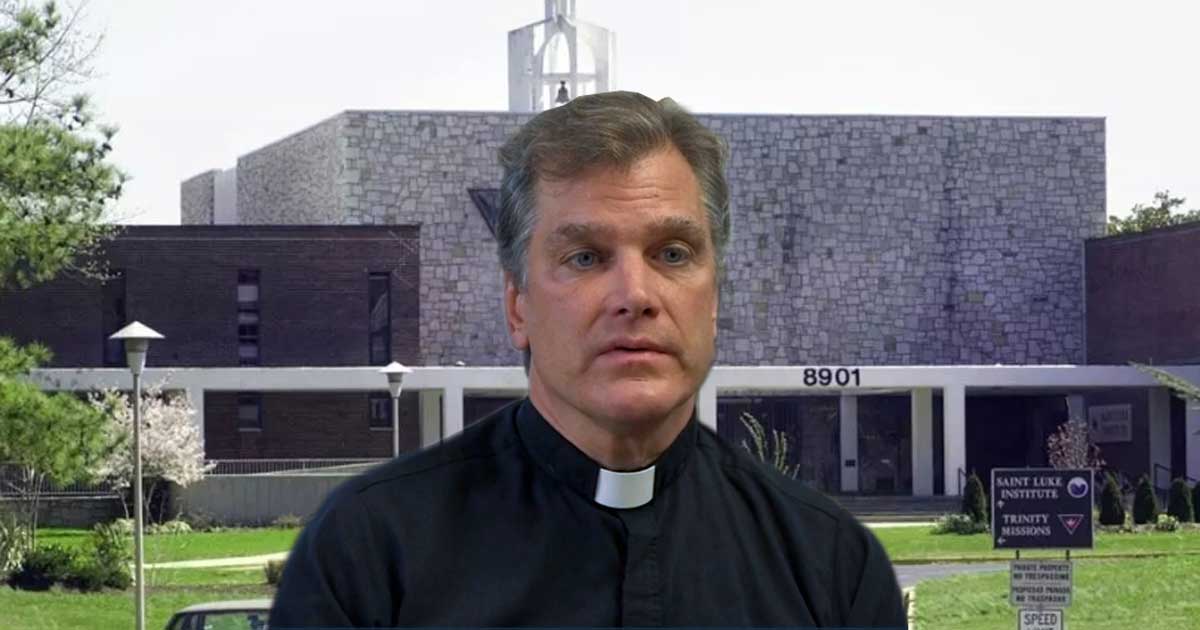 On Nov. 15, after my arrival at the Baltimore Marriott Waterfront for Church Militant’s “Bishops: Enough Is Enough” rally, I took a short walk with Stephen Brady, head of the watchdog group The Roman Catholic Faithful, from the Marriott to a seafood restaurant. The Oceanaire, just a block away, was advertised as serving great crab cakes.

Being in Baltimore, I had to get a crab cake or two to make my visit worthwhile!

Upon entering The Oceanaire, I was immediately asked by the maître d’ if I was there for “the St. Luke’s fundraiser.”

“We are assembling the bishops for their fundraiser in a banquet room immediately,” he said.

His question left me speechless. Stephen Brady came to the rescue: “We’re here for the seafood, and we’re really hungry! You can sit us anywhere you like.”

St. Luke’s: A Blast From the Past

Over the course of my 22 years as a priest, I have come to know far too much about the real goings-on at Saint Luke Institute, a psychiatric treatment facility in Silver Spring, Maryland. In fact, for more than six months, I was an inmate of the notorious Church-run facility.

So, how did I end up there?

The locked facility is used, on the one hand, to punish priests who get a little too adamant about upholding Church doctrine and tradition, and conversely, to house known sexual predators within the clergy. It’s no spa, although from the glossy placard placed adjacent to the Oceanaire’s banquet room, one might have gotten that idea. It has continued to operate through the years despite scandal and abuse, even though its evil has been exposed repeatedly by Church Militant and others, and it even had its own segment in the movie A Wolf in Sheep’s Clothing II: The Gender Agenda.

In the winter of 2007, the archdiocese of Chicago sent me there to live for months with homosexual predators despite my having been a victim in my youth — twice over — of homosexual predation. Let’s just say I didn’t sleep well during that time. Most days, I would purposely take naps in the chapel in front of the Blessed Sacrament — the one place I was assured the creeps inhabiting the place would leave me alone.

Shortly after the closure of the Archbishop Quigley Preparatory Seminary in Chicago, as I was leaving my post one evening after classes were completed, a large group of seminarians asked me to lead them in the Rosary they were saying in front of the seminary’s gates. They were understandably upset with its impending closure, and as the senior priest teaching at Quigley, I gladly obliged their request.

But a picture of me found its way into the papers the next day.

It’s hard to imagine a priest leading a group of young men in a Rosary as being “out of control” or in a “rage,” yet this was the narrative that those in control at the archdiocese immediately pushed, furious over my act of mild protest. The principal person behind painting this false perception was Colleen Dolan, the archdiocese’s public relations person at the time.

You would not think, in this day and age, it would be so easy to institutionalize a man.  But many bishops throughout the United States are doing exactly that by abusing their priests’ promise of obedience.

“Oh, Father so-and-so,” a bishop might say, “It’s clear to me that you need a little psychiatric care. Recall that you made to me a promise of obedience! If you wish to remain in ministry in my diocese, sign this release form, and I will make certain you are cared for!”

What they really want is to sideline permanently anyone who dares to speak out against the hierarchy’s fiscal and spiritual corruption.

In my case, in the fall of 2006, Cdl. Francis George was flat on his back recovering from extensive surgery for cancer. So the underlings in charge of running the archdiocese of Chicago did the dirty work of institutionalizing me as an “angry priest.”