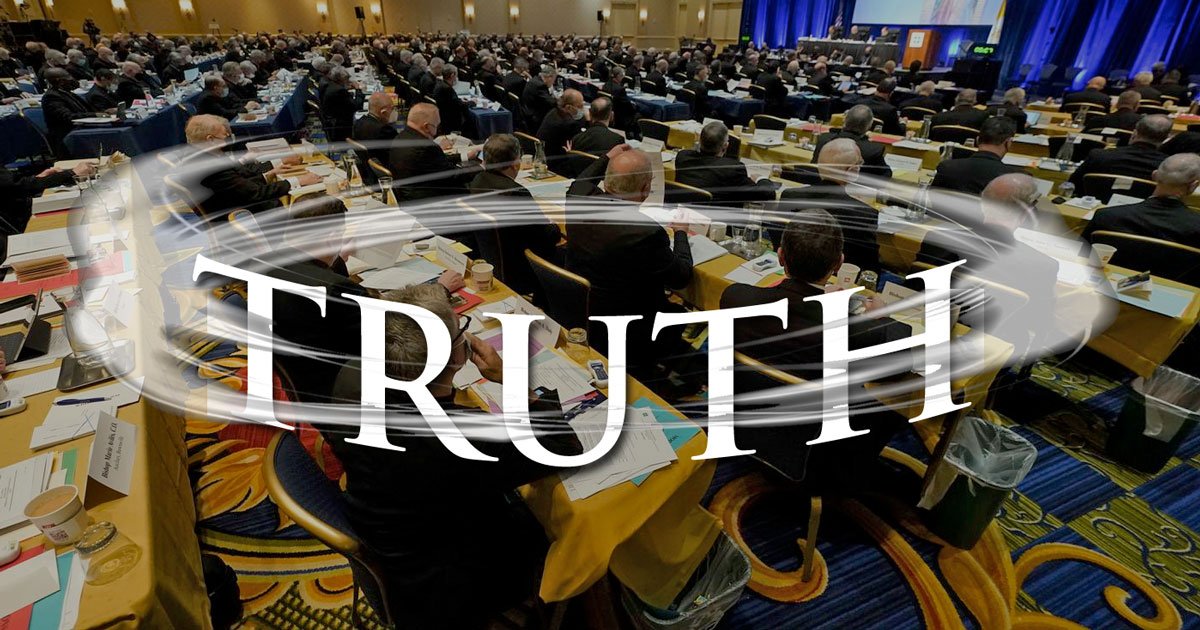 Imagine for just a moment if Christ called a meeting of His disciples to strategize how to moderate His tone so as not to offend the Pharisees. You likely can barely bring yourself to do it. As a Catholic, you know Christ wasn’t interested in being popular or not offending the establishment.

One of the Catholic Church’s great strengths is the simplicity of its blueprint for living Christ’s word. The Church is clear on what constitutes intrinsic evil. It is clear we are to be more than bystanders in the face of it. It is the height of duplicity for the Church’s bishops in America to even suggest otherwise.
Advertisement – Continue Reading Below

What American Catholics saw in Baltimore was a pathetic display of purely political equivocation.

There is Truth and there is spin. America’s Catholic bishops are spinning like a top. Their intentional vagueness and purposeful evasion would make a veteran White House Press Secretary blush.

In trying to allegedly avoid being politically divisive, they’ve again chosen acquiescence to those behind the cultural Marxism that seeks to tear away the foundations of faith, freedom, family, and civilization.

The first line about the Eucharist on the USCCB’s website states, “The Eucharist is the source and summit of the Christian life.” Catholics are taught from an early age that the soul must be properly prepared to receive the Blessed Sacrament. That isn’t a subjective standard. A central tenet of Catholic teaching is that words alone are insufficient to demonstrate fidelity to Christ. Preparedness requires both spiritual and corporeal works.

When President Biden boasted, following his meeting with Pope Francis, that the Holy Father indicated America’s second Catholic President should still receive Communion, he dared the Church to rebuke him. That was never going to happen, nor should that have been the goal of any declaration coming out of Baltimore. The issue is much bigger than Biden.