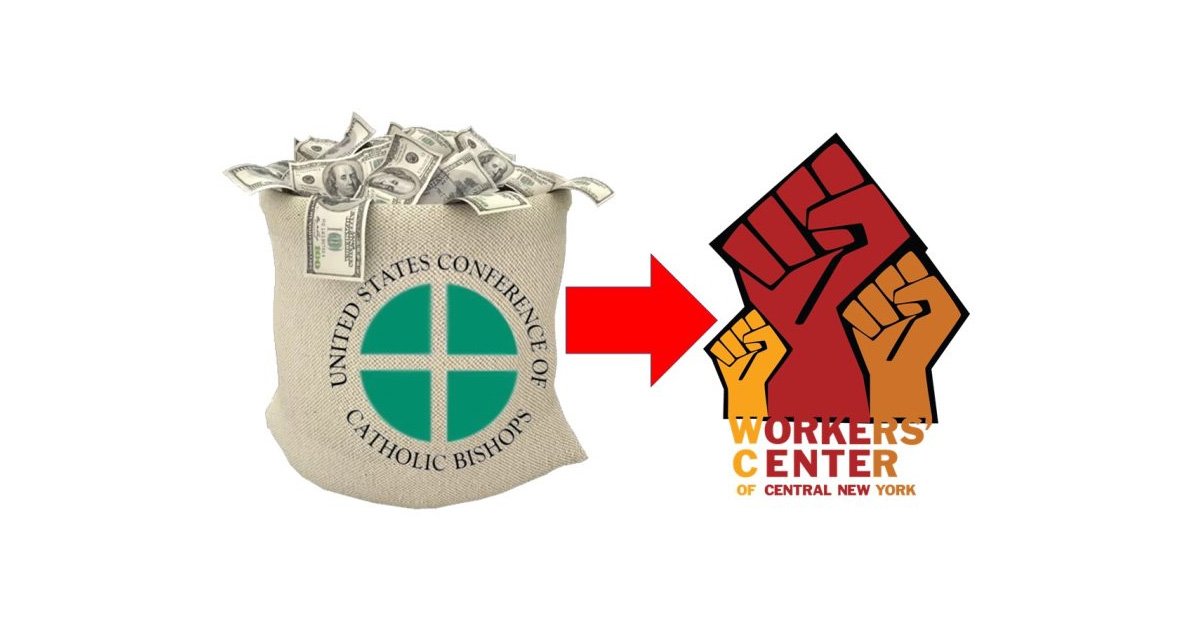 A new report by the Lepanto Institute shows that the United States Conference of Catholic Bishops (USCCB), through its project the Catholic Campaign for Human Development (CCHD), gave funding to an organization directly opposing Catholic moral teaching and actively defying CCHD grant guidelines.

Since 2015, the CCHD has provided $270,000 in grants to the Workers’ Center of Central New York (WCCNY). According to the report, in 2016, a year after its first grant, WCCNY helped launch the CNY Solidarity Coalition, which has aggressively advocated for abortion (even until the moment of birth), homosexuality, and Marxism. CCHD grant guidelines specifically forbid grantees from being members of coalitions whose “organizational purpose or agenda [includes] the promotion of actions in conflict with fundamental Catholic moral or social teaching.”

“Ironically, WCCNY blasted the CCHD a year before it received its first CCHD grant for denying funding to an organization due to its membership in a coalition that actively supported same-sex marriage,” said Michael Hichborn, president of the Lepanto Institute. “By founding this coalition, WCCNY is throwing this back in the CCHD’s face and effectively daring them to deny them funding.”

“WCCNY has also been heavily involved in the promotion of violent Marxist revolutionaries and homosexual and transgender activism,” said Hichborn. “If CCHD actually conducted due diligence to vet these groups, this organization would never have gotten a dime of Catholic money. But it has received at least $270k since 2015. What this shows is either gross incompetence or willful negligence on the part of the CCHD.”

The Lepanto Institute is calling on the bishops of the United States to permanently close the CCHD.

The full report can be viewed at: https://lepantoin.org/catholic-funded-group-founded-coalition-pushing-abortion-lgbt-activism/