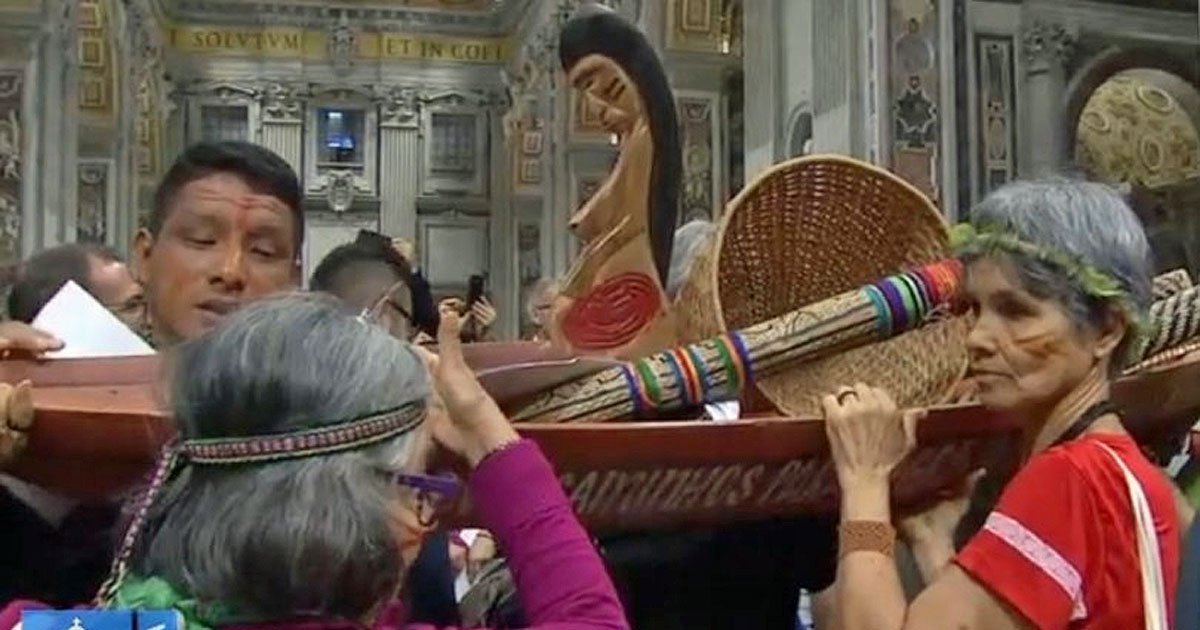 A faithful priest has warned that the events of the Book of the Apocalypse may be unfolding.

This “parking lot priest,” one of the pastors who continued to say Mass during the 2020 church lockdowns, believes the current scourges have been ushered by the veneration of the pagan goddess Pachamama in the Vatican, which the cleric describes as “the most terrible crime” in “all of Christian history.”

During this past weekend’s Catholic Identity Conference in Pittsburgh, the priest argued that just as apostasy and idolatry triggered the destruction of Jerusalem’s temple, modern-day idolatry and sacrilege in the Church have triggered events that may be leading to the final apocalypse.

“Many believe, and I do as well, that the Apocalypse, the last book of the Bible, is describing the destruction of Jerusalem, but also the end of the world,” he said. He added that he believes the temple destruction in 70 AD is a “prototype or foreshadowing of the final apocalypse, in many ways.”

The priest described how the massacre of the Jews and destruction of the temple by the Romans at the time was so utterly devastating, a surviving Jewish historian called it “the end of the world.”

Radical Jews known as the Sicarii — Hebrew for “someone who carries a dagger” — “would assassinate anyone who would not comply with their desire to overthrow Rome and [re-]establish a Jewish kingdom on earth,” the priest said.

But the Romans’ retaliation for the Jewish rebellion was terrible.

“There were so many ship battles on the sea of Galilee that it’s said the Jordan River flowed red with blood.”

It’s been said that, once the Romans reached Jerusalem, “as Jews tried to escape, they were captured, and the Romans would crucify up to 500 a day on that hill, for those inside to see it and be in panic,” the priest recounted.

“There was cannibalizing [of] infants, as they were starving to death. And when the Romans finally broke through, they killed them all. They desecrated the temple, though I believe the temple was already abandoned by God.”

According to the priest, this “apocalypse” happened not just because of the zealots, or because the pagan empire was bad, as “every empire was bad for centuries and millennia.”