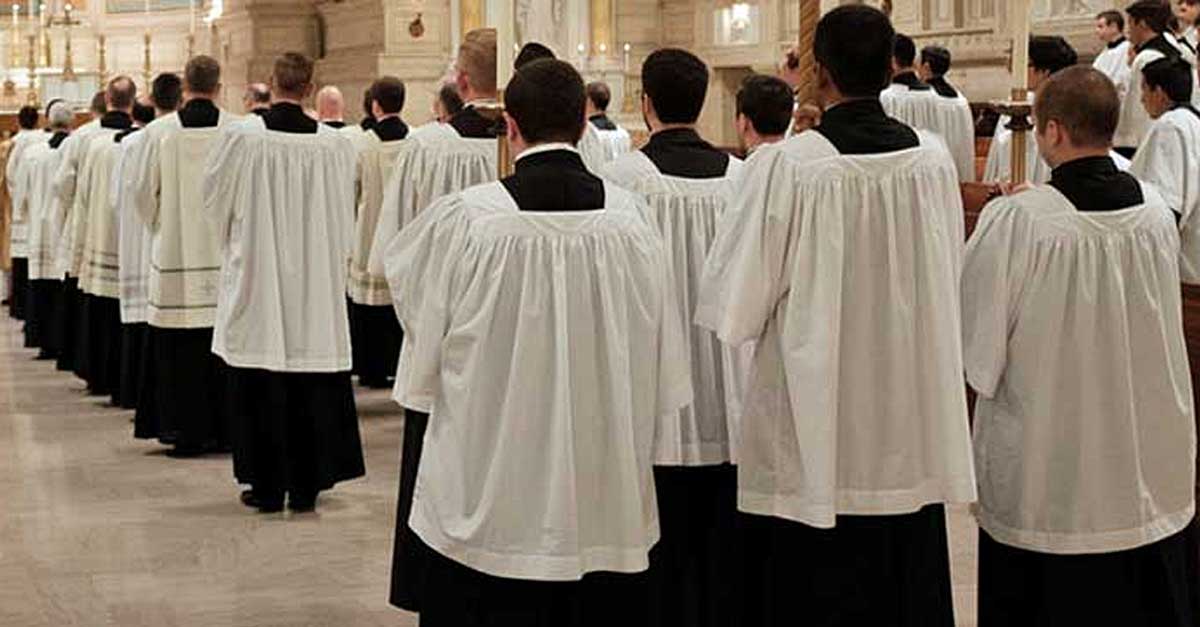 2021 An unprecedented report addressed to every U.S. Ordinary, the Apostolic Nunciature, and Knights of Columbus leadership releases findings from an 18-month independent investigation which confirm that sexual predation, homosexual misconduct, and cover-ups are devastating U.S. seminaries.

“Addressing the Present-Day Culture of Sexual Predation and Cover-Ups in U.S. Seminaries,” authored by an experienced former seminary formator, identifies over 40 seminaries and dioceses and scores of bishops and seminary leaders alleged to have perpetrated sexual abuse, misconduct, or cover-ups in recent years. The report exposes a hidden and unresolved chapter in the Catholic Church’s ongoing struggle with sexual abuse: the exploitation of seminarians.

The report concludes that: 1. The sexual predation suffered by seminarians is not “an issue of the past,” but a raging problem in the present; 2. The crisis is enabled by prelates and seminary leaders who shield accused predators and retaliate against seminarians who expose misconduct; 3. Heterophobic homosexual “subcultures” have now evolved into homosexual “cultures” owing to an increase in the percentage of homosexual prelates and seminary leaders whose actions are far more intensely, and even vindictively, covered up; and 4. An increasing number of abuse victims today are seminarians and young priests whose victimization has been ignored by Church leaders and the media. These findings are confirmed not only by shocking statistics, but also by heartrending first-hand graphic accounts from seminarians similar to those provided by victims in the 2018 Pennsylvania Grand Jury Report.

The report also cracks the code of Church cover-up techniques and probes issues about which the bishops have not been transparent, such as: 1. Why have internal Church “investigations” failed in handling abuse allegations?; 2. Why are so many seminaries closing as a result of sex abuse scandals after the bishops claimed the Church turned the corner on abuse after the Dallas Charter?; and 3. What are the real driving forces behind today’s loss of vocations and church closures?

In 2002, The Boston Globe’s Spotlight investigators discovered that clerical abuse of minors was far more widespread than ever imagined. In 2021, this groundbreaking report shows that a lawsuit against North American College (NAC) seminary officials and Cardinal Timothy Dolan has the potential to empower victimized seminarians and priests across the country who until now have been silent.

Since the filing of explosive June 2021 affidavits against Dolan and the NAC, which are contained in the report, NAC vice-rector, Washington D.C. priest, Father Adam Park, abruptly relinquished his post amid allegations of sexual predation. Among these affidavits is one from a former FBI Special Agent in Charge who found the allegations against Cardinal Dolan and the NAC to be entirely credible. Over 30 U.S. and Vatican Bishops are named in the independent investigation’s findings as having failed to act upon no less than seven damning reports informing them of sexual harassment and misconduct by NAC officials.

While the bishops ignored Dominican Father Thomas Doyle’s prophetic 1985 co-authored sexual abuse report which could have spared thousands of clerical sex abuse victims, it remains to be seen what the U.S. episcopate will do to address 2021’s sexual abuse crisis in seminaries.

Anyone wishing to support the “Save Our Seminarians Fund” in the effort to apply legal protections to vulnerable seminarians is encouraged to contribute at: https://www.gofundme.com/f/save-our-seminarians-fund