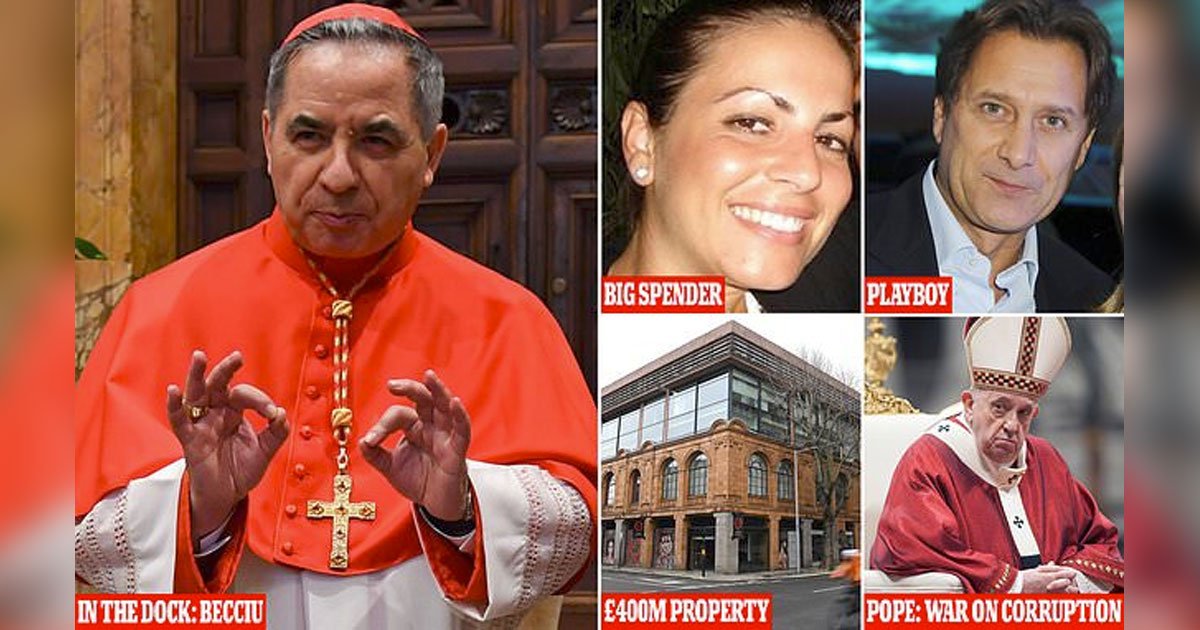 Sex, lies and cardinal sin? The latest Vatican scandal has a plot like a Dan Brown novel and characters including the Pope’s saint-maker, his ‘Mata Hari’ fixer and a secret cabal accused of siphoning MILLIONS from Church coffers

As a tidal wave of cash flowed into London’s super-prime property market, the deal that saw a former Harrods car showroom in Chelsea change hands for £129 million generated barely a ripple of interest.

Like many a property in this gilded corner of our capital, the Edwardian brick building on Sloane Avenue was to be converted into 49 luxury flats, with a smattering of top-end shops beneath to cater for residents.

The buyer, an opaque company named 60 SA Limited and registered in the tax haven of Jersey, hoped to sell them for a total of £400 million and turn a handsome profit.

That was back in 2012. Today, the flats have long since been built and the building’s ground floor is occupied by fashion boutiques, art galleries, delicatessens, and an ultra-posh health club where membership starts at £615 a month.

However, the original deal that led to this monument to Mammon imploded, spectacularly, leaving a major investor — The Vatican — with serious financial losses. It appears to be tens, if not hundreds, of millions of pounds out of pocket.

Continue reading at The Daily Mail