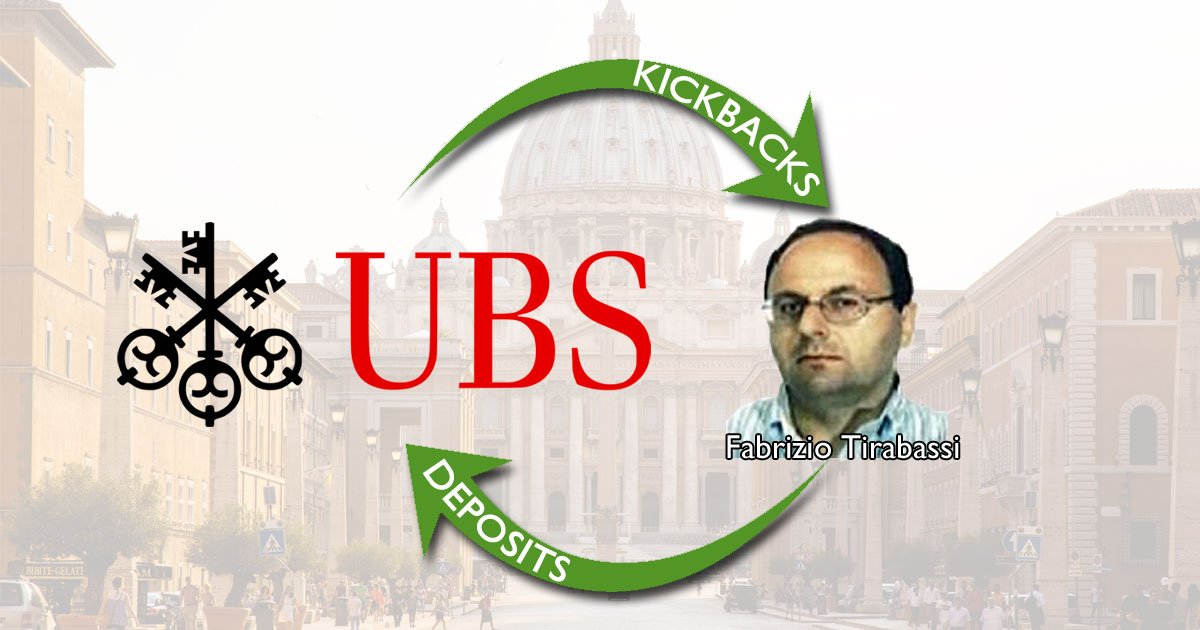 Fabrizio Tirabassi is one of several people being investigated by the Vatican in connection with investments and financial transactions made at the Secretariat of State.

A suspended Secretariat of State official was paid a side fee by a Swiss bank for bringing in Vatican investment funds, according to an Italian media report.

The Corriere della Sera newspaper reported July 1 that Fabrizio Tirabassi was given a “finder’s fee” by the Swiss bank UBS, where the Secretariat of State reportedly had accounts worth over 600 million euros ($710 million), while he was working as a lay official at the secretariat.

The newspaper said that documents showed that UBS had a contract with Tirabassi from at least 2004 to 2016, guaranteeing him a commission of 0.5% per year on the assets deposited in UBS accounts and for bringing in new clients.