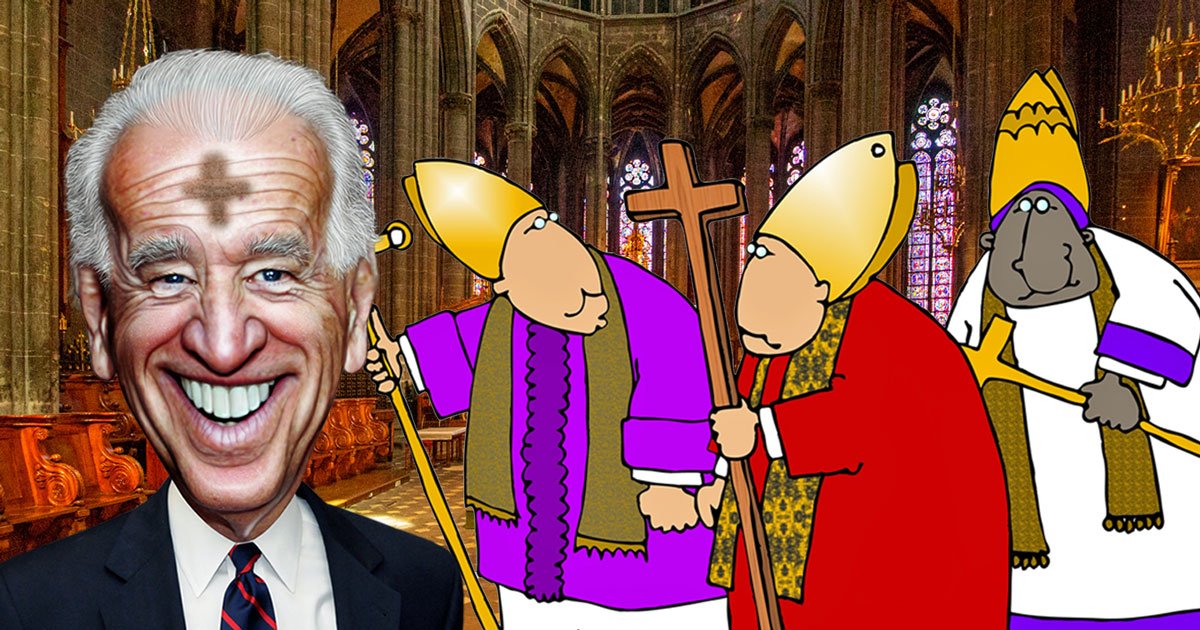 They won’t enforce canon law against him.

The post-Vatican II Church has bred many of her own destroyers. Joe Biden is the premier example of this phenomenon. He is the anti-Catholic “Catholic” who persecutes his own church. He represents a political class of bad Catholics that grows larger with each passing year.

The Church could have crushed this serpent in its shell. But the bishops declined to do so, owing to their own lack of faith. They sat on their hands as pols like Biden wrapped themselves in the trappings of Catholicism while sabotaging her teachings. Had the bishops years ago cracked down on this political class of bad Catholics and applied canon law to it, the crisis that the Biden presidency represents might not have happened. Biden is the product of their own passivity, the culmination of the very secularized Catholicism that the bishops permitted to grow and spread for decades. In many ways, Biden, as a vessel of left-wing politics and modernist theology, embodies the crisis of the post-Vatican II Church.

But we now hear from a few murmuring bishops that the Church must address Biden’s unworthy reception of Communion. “US Catholic bishops may press Biden to stop taking Communion,” reads a recent AP headline. Nothing concrete, however, is likely to come from these complaints. The U.S. bishops, as a whole, lack the will to withhold Communion from Biden, even though canon law says that they not only have the right but the duty to do so. Canon 915 “obliges the minister of Holy Communion to refuse the Sacrament” to those in “manifest grave sin.” If Biden’s direct facilitation of the killing of unborn children doesn’t fall into that category, what does?