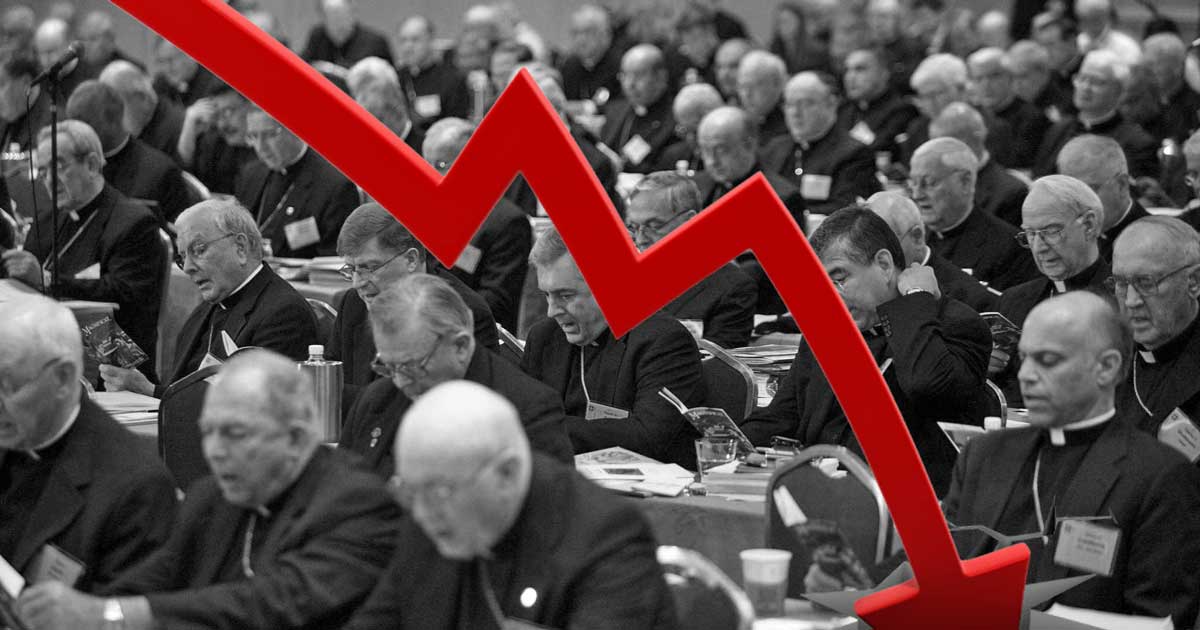 Catholic News Agency reports that a new Gallup poll released this week showed that the percentage of U.S. Catholics who say they are a “member” of a church has dropped by nearly 20 points since the year 2000. Catholics saw a twice-as-steep decline in members than did Protestants. Past polls have revealed that a majority of Catholics no longer believe Church teaching about the Eucharist, co-habitation and contraception. Additionally, we have learned that U.S. bishops have been complicit in covering-up the sexual abuse of minors for decades.

So what do you think would happen if these bishops were managers in a U.S. corporation? Would shareholders tolerate these types of results?