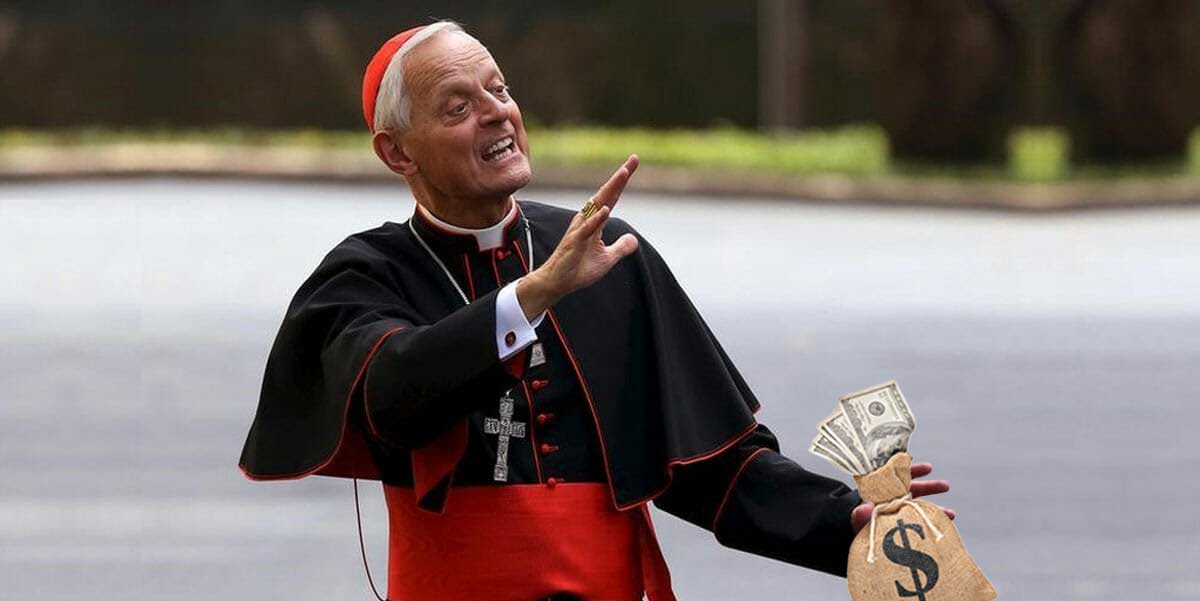 D.C. Catholics are unwittingly giving millions of dollars to a disgraced cover-up cleric.

Financial records for the archdiocese of Washington, D.C. show more than $2 million are being allocated to the “Continuing ministry activities for Archbishop Emeritus.”

That’s Cdl. Donald Wuerl, who resigned in disgrace in 2018 after being caught in numerous lies about his predecessor, notorious homopredator Theodore McCarrick.

In fact, Wuerl became emblematic of the Summer of Shame, the poster boy for complicit clergy, one powerful cardinal protecting another in the homosexual network reaching all the way to Rome.

Wuerl was the target of protests, a high school named in his honor even vandalized.