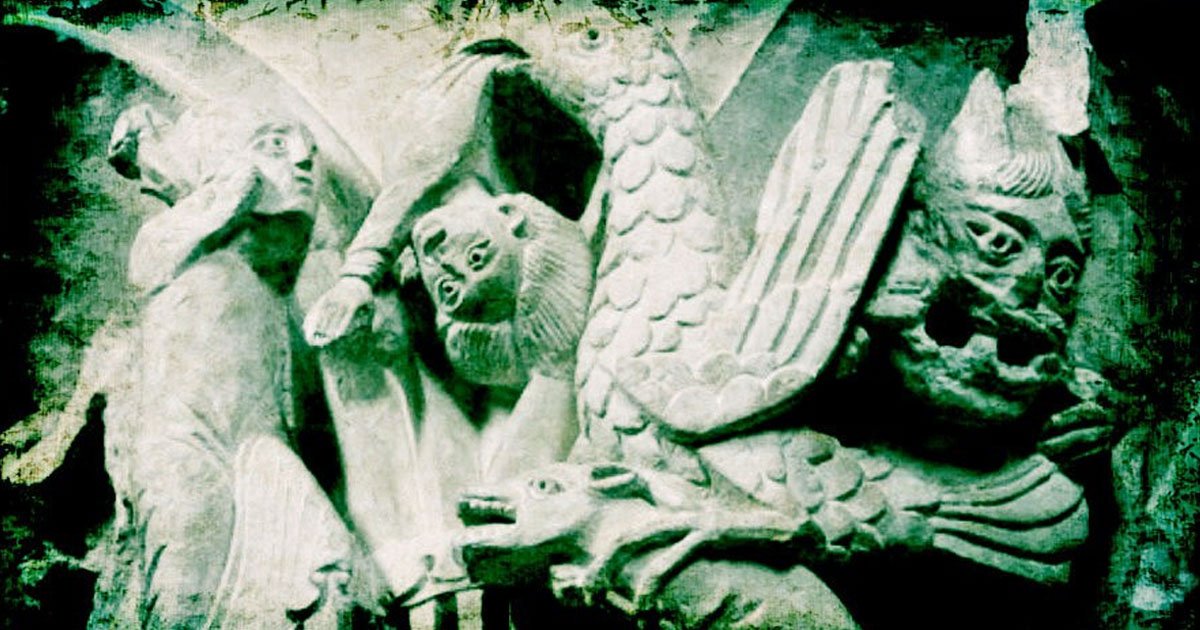 “It is better to be unhappy and know the worst, than to be happy in a fool’s paradise.” ― Fyodor Dostoyevsky

In the year 2000, I went on a pilgrimage to France. One of my first stops was the former Benedictine Abbey of Sainte Marie Madeleine in the Burgundian village of Vézelay. Since I was an Art History student at UC Berkeley, I had been near obsessed with the Romanesque basilica which purportedly housed the relics of St. Mary Magdalene. Although I was not a Christian when I first studied the architecture and massive sculptural friezes of the Abbey, I became singularly focused on the impressively carved capitals which adorned the columns in the nave. In particular, there was a disturbingly surrealistic depiction of the rape of Ganymede. The capital referenced a tale from Greek and Roman mythology about Jupiter, disguised as an eagle, who kidnaps and ravages the handsome shepherd boy Ganymede. In a Christian church, a master artisan envisioned Ganymede suspended upside down from the beak of a large bird; the boy’s scream is frozen in stone. A thousand years later, despite the incredible beauty of the surrounding structure, it is still horrific.

Contemporaneous to the development and construction of Vézelay were the writings of Benedictine monk St. Peter Damian who railed against homosexual practices amongst the clergy. He wrote:

It would have been better to perish alone in secular dress than, having changed one’s clothes but not one’s heart, to also drag others to destruction, as the Truth testifies, saying, “He that shall scandalize one of these little ones that believe in me, it is expedient for him that a millstone be hanged about his neck, and that he be drowned in the depth of the sea.” And unless the force of the Apostolic See opposes it as quickly as possible, there is no doubt that when it finally wishes for the unbridled evil to be restrained, it may not be able to halt the fury of its advance.

For almost 20 years, I couldn’t understand why I was drawn to Vézelay and simultaneously disturbed by it. As a teenager, I had been victimized, but I couldn’t face the trauma; so, I buried the memory. I denied it, but it never went away. Instead, it haunted me. Unwittingly I was inclined towards a repetition of the abusive scenario: classifying myself by my desires and finding solace in an ever-narrowing definition of identity; accepting attention and affirmation from primarily older men; and I gravitated towards discrepant relationships in which I constantly sought out approval from my partner. But since childhood, I had been conditioned, from taunting boys at school and pop-culture, to believe that I was gay. I dreamed of hanging-out with the Village People at the YMCA. I knew I was different from the other kids; although I couldn’t articulate what was going through my mind, in my estimation – I guess I was born this way. It made sense. Yet, in my adolescence, especially during the advent of the AIDS crisis, I became increasingly apprehensive and confused; I was also subconsciously searching for guidance, when a seemingly benevolent priest simply confirmed what I was somewhat reluctant to accept. Only he added another component – God made me this way. I thought to myself, I couldn’t go against God.

“In keeping silent about evil, in burying it so deep within us that no sign of it appears on the surface, we are implanting it, and it will rise up a thousand-fold in the future.” ― Aleksandr Solzhenitsyn