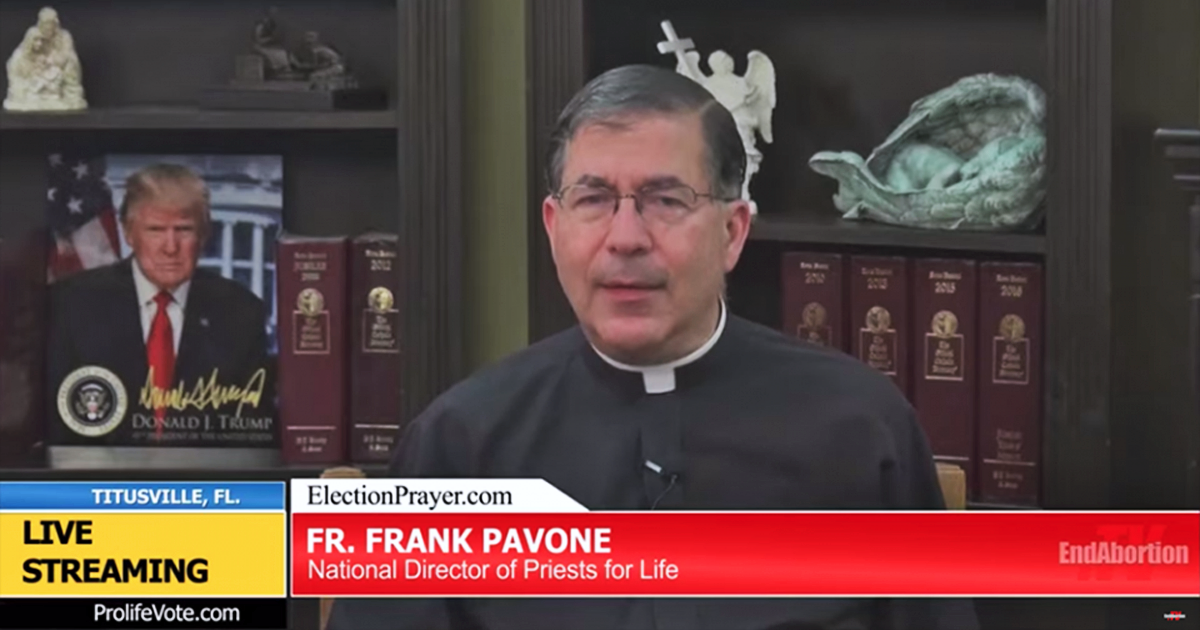 Well-known pro-life priest Fr. Frank Pavone has been denied an award he was scheduled to receive for his pro-life work, after the Pontifical Athenaeum Regina Apostolorum backtracked on its original decision citing political and ecclesiastical reasons.

The Pontifical Athenaeum Regina Apostolorum is run by the Legionaries of Christ (LC), whose founder had been found in numerous accounts to have committed sexual misconduct. The university had originally announced on January 7 that Pavone, the national director of Priests for Life since 1993, would receive the “A life for life” award. Swiss-based Associazione Sant’ Elena Imperatrice would also provide a financial gift to “support Father Pavone’s mission.”