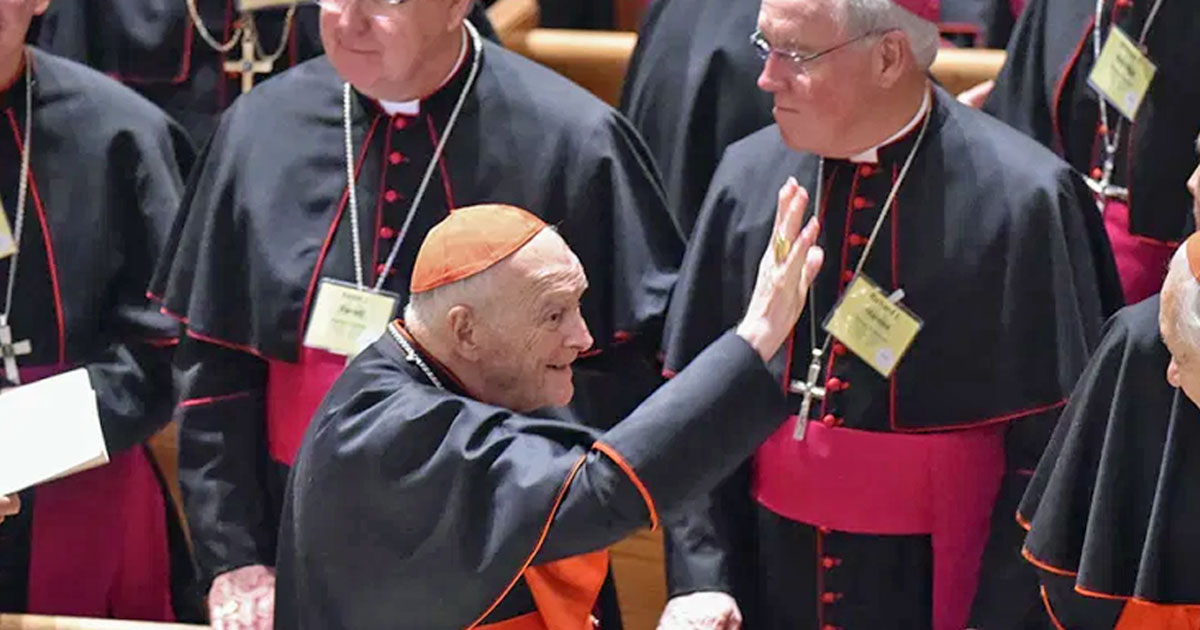 With the release of the Vatican’s McCarrick report, it’s time to take stock not only of his personal crimes but also of the wide-ranging influence he continues to have on the Church’s approach to politics and pastoral practice.

In 2004, many Catholics were insisting that Catholic presidential candidate John Kerry be excommunicated — or at least publicly barred from receiving the Eucharist because of his passionate advocacy of abortion.

Everyone knows that McCarrick was the cardinal-archbishop of Washington at that time, but what fewer may recall is that his brother bishops appointed him to serve as the head of the U.S. Conference of Catholic Bishops’ Task Force on Catholic Participation in Public Life. In this role, McCarrick was given a lead role in plotting the course the Church should follow in responding to Catholic politicians who actively undermined Church teaching, specifically on life issues. In an attempt to address this serious hurdle to his candidacy, Kerry scheduled a sit-down with McCarrick.

In a piece for the Washington Post, Robert Novak wrote about that meeting, saying, “Kerry likely could not have been more pleased by the interview. … While asserting abortion ‘may be primary,’ McCarrick said that ‘people who are with us on one issue’ may be ‘against us on many other issues.’ He concluded: ‘All these things will have to be weighed very carefully.’ Intentionally or not, he was following the lead of liberal, pro-choice Democrats and providing cover for Kerry with traditional Catholics. McCarrick is so respected and well-liked that not only priests but prominent laymen do not want to criticize him.”

Continue reading at Our Sunday Visitor