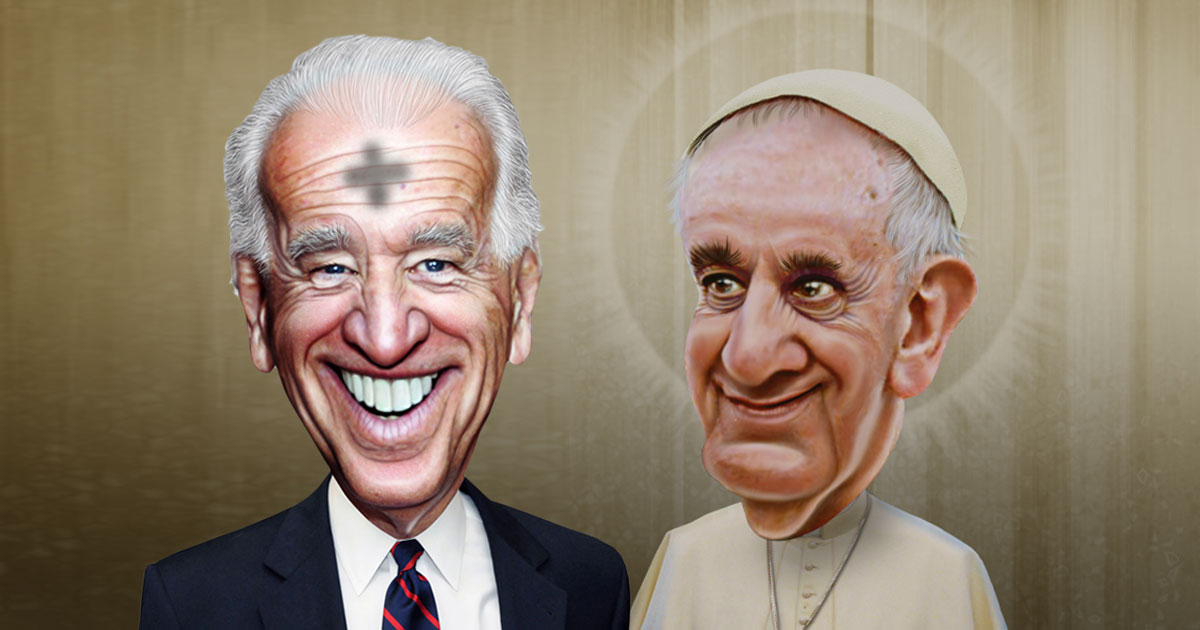 This last week saw Joe Biden simultaneously advertising his “Catholic social justice” and touting his denial of it to unborn children. The former claim came at the virtual Al Smith dinner, the latter boast at last Tuesday’s debate.

It is a measure of Joe Biden’s shamelessness that he seeks to snatch the Catholic and anti-Catholic vote at the same time. He is running with an open anti-Catholic bigot, Kamala Harris, who regards mere membership in the Knights of Columbus as a disqualifier for public service, while rolling out ads designed to hoodwink Catholics into voting for him.

“Joe Biden’s campaign is launching three new ads this month targeted at religious voters, broadcasting messages that focus on the former vice president’s faith in hopes of winning over Catholics and evangelical Christians,” reports the Religion News Service.“‘We are running these ads to highlight to faith-motivated voters that Joe Biden is the clear moral choice in this election,’ Josh Dickson, the Biden campaign’s faith engagement director, told Religion News Service in a statement. ‘Religious voters matter to this campaign and are a key part of our broad, diverse, and robust coalition.’”